The ceiling of a badminton court in Taoyuan's Bade Civil Sports Center collapsed during the Sept. 18 earthquake. An investigation shows the reason for the disaster was the insufficient structural strength of the ceiling. According to the KMT, the city government was heavily involved in this project and should bear responsibility.

The ceiling of a badminton court in Taoyuan's Bade Civil Sports Center collapsed during the Sept. 18 earthquake. The images were so shocking that even CNN reported on this incident. Many foreigners ended up thinking the epicenter of the earthquake was Taoyuan. On Sept. 20, Mayor Cheng Wen-tsan attended a Taoyuan City Council interpellation. He said associations of architects, civil engineering technicians, and structural technicians all determined the ceiling lacked sufficient structural strength, resulting in the collapse.

Cheng Wen-tsan, Mayor, Taoyuan City: “The contractor was Reiju. There were flaws in the operations to suspend and affix the ceiling, resulting in insufficient tensile strength. Reiji is the one that needs to take responsibility.”

Cheng said he has asked the contractor for compensation and to assume responsibility in accordance with their contract. TPP mayoral candidate Lai Hsiang-ling, who inspected the damage twice, said the design of the swimming pool at Taoyuan Civic Sports Center is also flawed and repairs remain unfinished after 500 days.

Lai Hsiang-ling, Taoyuan City Mayoral Candidate (TPP): “Some parts of the badminton court were built during a previous magistrate's time in office, and nothing happened to them. Why is it that there are problems with so many things, whether it's a swimming pool or a stadium ceiling, during your time in office?”

The KMT pointed out that no buildings in Taoyuan collapsed during the 921 earthquake, so how did an earthquake with an intensity of 3 bring down an entire ceiling? It also said the city government selected the most favorable bid for the project, and there were seven representatives from the city government on the 11-member appraisal committee.

Ling Tao, Taoyuan City Councilor Candidate: “The Taoyuan City Government was heavily involved and leading this project from the items and criteria to the bid selection process.”

Yang Chao-wei, Taoyuan City Councilor Candidate: “What if people weren't able to escape and there were casualties? Who would take responsibility then? Cheng Wen-tsan can't dismiss everything with a simple apology.”

The KMT said the ceiling collapse is just the tip of the iceberg. There are also issues with water accumulating at swimming pools in several civic sports centers. Meanwhile, a new building constructed to house the Civil Affairs Office of Yangmei at a cost of NT$800 million floats when it rains heavily. The KMT urged the city government to thoroughly inspect major construction projects. 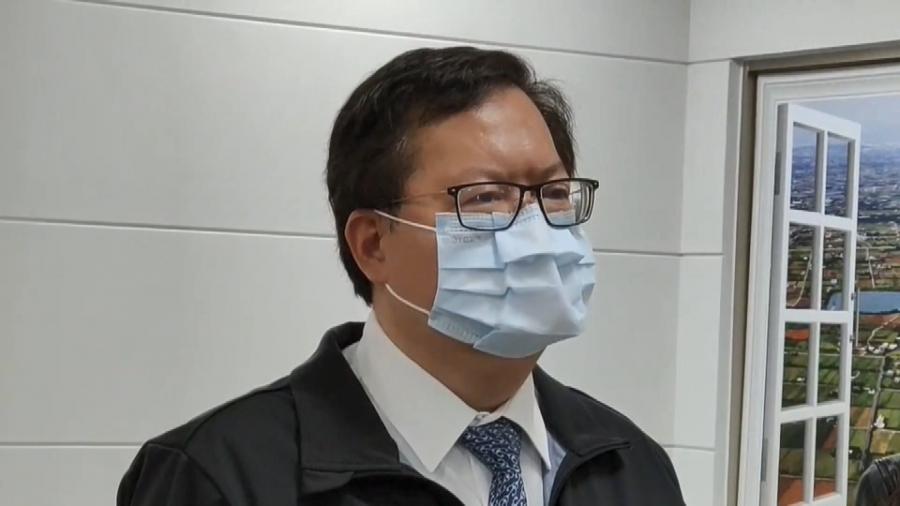