A conflict erupted over a landfill operated by Pacific Ecology Co. in Miaoli County on July 21. The company wanted to carry out a full trial run so it used force to clear the area, resulting in injuries to a dozen members of a self-help association.

Chairs and rocks fly through the air. There were also people wildly spraying pepper spray into the air. This incident occurred at around 3 a.m. on July 21 at the site of a landfill operated by Pacific Ecology Co. in the village of Longsheng in Miaoli's Zaoqiao Township. The company had plans to carry out a full trial run, and there were about 20 trucks carrying refuse waiting along Provincial Highway 1. The company also deployed several hundred security guards to clear the area. Members of a self-help association present at the scene struck back, and about a dozen sustained injuries.

Mr. Lin, Resident, Longsheng Village: “Someone had two ribs broken, and his entire face was covered with blood. He was hit in the face with an iron stick.”

Chen Ching-hsin, President, Save Zaoqiao Association: “They sprayed pepper spray and threw tables and chairs, and many residents were injured. A dozen or so are hospitalized at Miaoli Hospital.”

The landfill controversy started more than 20 years ago. Earlier this year, the Miaoli County Government once again authorized a trial run that stipulated that the volume of refuse inside the landfill must reach 2,160 tons before Sept. 11. The company has not commented on the incident, while the self-help association criticized the county government and the police for their passive response, saying they're on the side of the company. The Environmental Protection Bureau said the company had failed to undergo weighing inspections at weighing stations, which is illegal. The Police Bureau said everything is handled according to law and troublemakers will be sternly dealt with.

Chen Wu-kang, Commissioner, Police Bureau, Miaoli County: “The bureau absolutely did not side with anyone. Any illegal behavior will be sternly dealt with according to law. We will not be lenient in punishing violent behavior.”

The police closed off a section of the highway at one point to traffic in both directions, and didn't reopen it until 8 a.m. The two bureaus will conduct joint inspections of the refuse trucks, and those that are overweight will be asked to leave. The National Police Agency has sent officers to help out and avert another conflict. 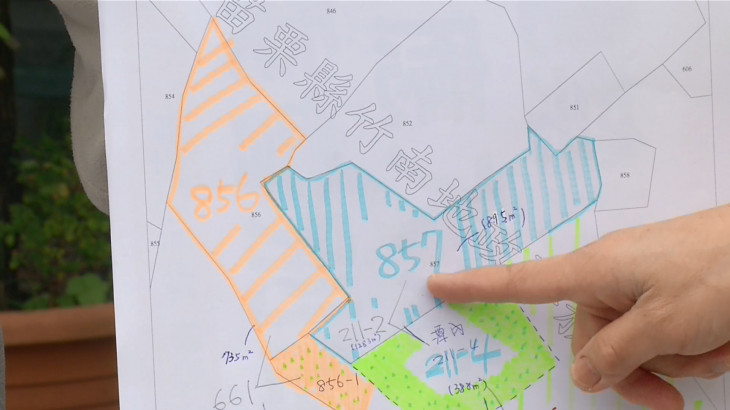