At the end of May, a watermelon knife tied to a slide in a park in Tainan's Annan District injured a child. The police launched an investigation, viewing footage from over 100 security cameras. They determined this was the doing of a 75-year-old man. However, when they went to arrest him, they discovered he had already passed away.

Police: “Mister, do you come here to rest? ”

The police speak to an old man in the park who appears to be injured and cannot talk. Later on, the police discovered that it was this 75-year-old man who had tied a watermelon knife to a slide in a park in Tainan's Annan District. The next time they went to look for him, they found that he had already died.

Ou Tsu-ming, Captain, 3rd Precinct, Tainan City Police Dept.: “There were bloodstains he left behind at the scene, the DNA he left on the knife handle, and the biometric evidence taken from the deceased. On that day, a witness saw him at around 11:50 a.m., and noticed that the deceased appeared to have bloodstains on his head. The scooter parked to the side was one we had previously checked. Our preliminary conclusion is that the deceased was the one who carried the knife to the park.”

In May, a knife was found tied to a slide in the park. The police accessed surveillance camera footage and gathered evidence, including bloodstains. They determined the blood and knife came from the same man.

Ou Tsu-ming, Captain, 3rd Precinct, Tainan City Police Dept.: “We questioned family members. The deceased person's granddaughter told us that her grandfather was experiencing a loss of appetite and told her that he might die over the next several days.”

The police said security cameras captured footage of the man carrying the watermelon knife from his home, putting it into a box on his scooter, and riding the scooter to the park, which was located 100 meters from his home. The man had no criminal record and his motive may never be known. The police believe this was an isolated incident, but they will step up patrols. 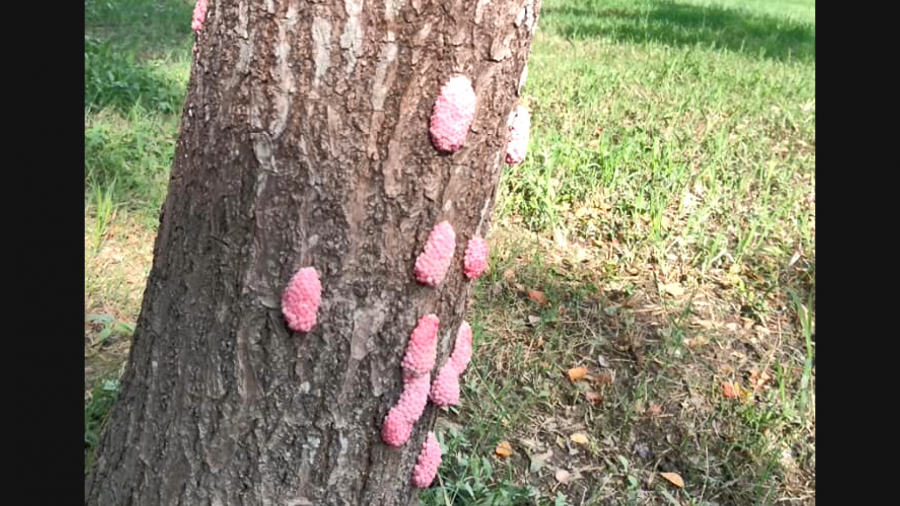