Former UMC Chair Robert Tsao held a press conference on the 7th to throw his support behind DPP Taipei City mayor candidate Chen Shih-chung. On the 6th, Taipei City Councilor Hsu Chiao-hsin posted compromising photos of Chen holding hands with a woman. Paper Windmill CEO Chang Min-yi says the photos were taken in a public place, not an accurate depiction of the circumstances, extremely unfair, and a personal attack.

Chen Shih-chung, Taipei City Mayor Candidate (DPP): “I wasn't sexually harassing anyone. This was a public place. You can't tell a story by looking at a picture. It's character assassination. I don't think she should have done this.”

This was Chen's explanation of the photo. Chiang Wan-an says he will not be commenting on the photos of Chen, but wants to know why these photos, which were taken by reporters, were suppressed and instead got out through other sources. Chiang also answered questions on whether he would be resigning as legislator before the elections.

Chiang Wan-an, Taipei City Mayor Candidate (KMT): “I am following the rhythm of the election and my campaign plans.”

With 19 days to go until the election, independent candidate Vivian Huang is embarking on a cycling tour of Taipei City. Mayor Ko Wen-je was there to see her off and presented her with a briefcase as a symbol of passing on the baton. Her last stop of 12 will be Taipei City Hall. 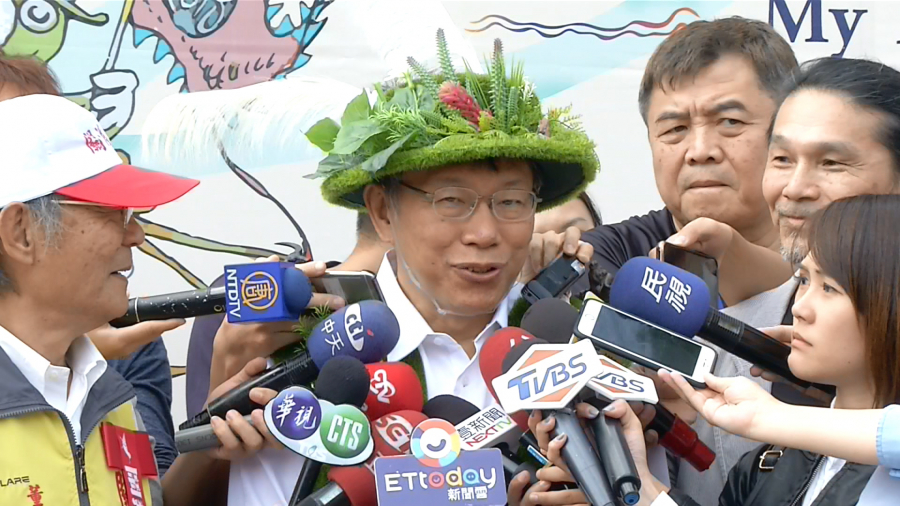