Apart from clearing streets of sand, New Power Party Legislator Chiu Hsien-chih said Hsinchu firefighters were also ordered to bath hippos at the zoo and stand guard next to recreational facilities. The legislature discussed the duties of firefighters on Dec. 13.

Hsinchu firefighters were recently ordered to sweep streets clear of sand, and authorities were criticized for not respecting the professional duties of firefighters. On Dec. 13, the legislature's Internal Administration Committee asked the Ministry of the Interior and National Fire Agency to deliver a report. New Power Party Legislator Chiu Hsien-chih read out a list of the duties of Hsinchu firefighters, which included everything from clearing roads to bathing hippos at the zoo to standing guard next to recreational facilities. Interior Minister Hsu Kuo-yung said this issue is one of local autonomy.

Chiu Hsien-chih, Legislator (NPP): “I wanted to call attention to the special ways that Hsinchu City is using its personnel. If they're sent out to assist in all sorts of situations, there will never be enough.”
Hsu Kuo-yung, Interior Minister: “We don't have a whip; this is something under the authority of local governments. They have the authority to decide on appointments and assignments. We will try talking things over with some local governments.”

Hsu said he will coordinate with local governments to reinforce manpower to ensure the continuous professional development of firefighters. The duties of firefighters have been discussed for a long time. Over the years they have included removing beehives to catching snakes to rescuing animals. It has not yet been determined which situations require firefighters.

Hsiao Huan-chang, Director-General, National Fire Agency: “In principle, we'll return to the perspective of saving lives. Local governments of course will have all sorts of emergency situations. I worked at the local government level. Sometimes situations like trees toppling onto roads and hitting people and vehicles happen. When this kind of situation occurs, frontline workers are called in. Each situation is different, so you can't make a clean break.”
Chuang Jui-hsiung, Legislator (DPP): “So what you're saying is that all these duties will forever belong to firefighters.”

National Fire Agency Director-General Hsiao Huan-chang said discussions are underway with frontline firefighters in all cities and counties, and there will also be discussions about the difficulties in implementing firefighting duties. Communication will also be strengthened with local authorities. Some legislators used the examples of removing beehives and catching snakes to suggest setting up a dedicated unit. Hsu said cities and counties have their own ways of doing things, and he will try and coordinate. 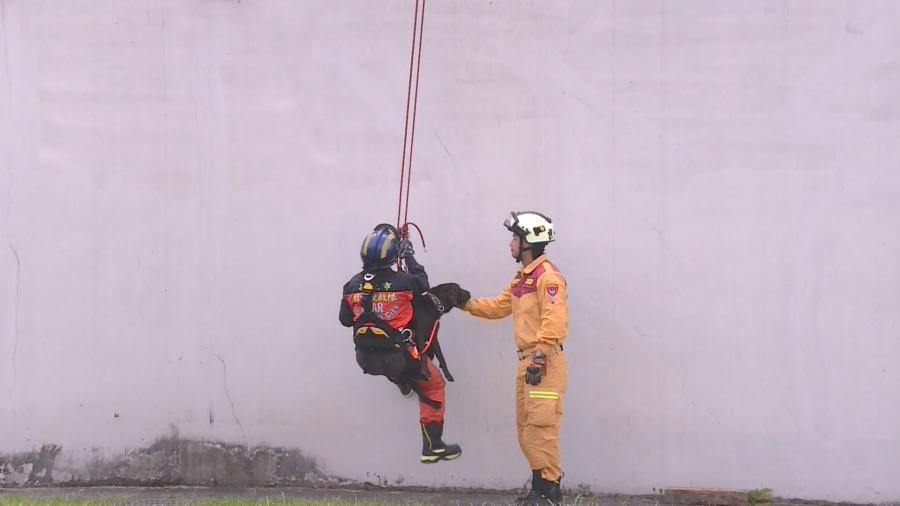