An abnormal train braking accident occurred on the Taipei MRT's Bannan Line at 7 a.m. this morning. About a thousand passengers were forced to disembark the train. Taipei MRT found that there was an abnormal circuit signal, causing a delay three minutes. However, many people complained that they were "half an hour" late for work this morning due to this incident.

Thick white smoke poured out of the carriages, spreading a pungent burnt smell on the Taipei MRT's Bannan Line. Passengers stepped out of carriages to escape the smoke. At around 7:00 a.m. on the 21st, a subway carriage experienced abnormal brakes on the Bannan Line. About a thousand passengers on the subway were forced to get off at Jiangzicui Station.

The incident took place during rush hour. It wasn't just Jiangzicui Station, but other stations were crowded with passengers getting off carriages, including large transfer stations- Zhongxiao Xinsheng Station and Zhongxiao Fuxing Station. The passengers said it was just like New Year's Eve, where MRT stations are crowded with people waiting for the subway.

Commuter: “The view from above is like a sea of locusts crossing the border. I can't go down to the platform, so I can only wait up top.”

Taipei MRT said that an abnormal braking accident occurred at Jiangzicui Station at about 7:03 a.m., causing a delay of three minutes. Coincidentally, there was also an abnormal circuit signal on the track at Fuzhong Station. According to the SOP, crowd control went into effect at five stations on the Bannan Line including Longshan Temple, Jiangzicui, Xinpu, Zhongxiao Fuxing, and Zhongxiao Xinsheng. The control was lifted at about 9:30 a.m.

Ling Chi-yao, Director, Customer Service Center, Taipei MRT: “Passengers reported a burnt smell in the car. According to SOP, the control center at Jiangzicui station asked about 1,000 passengers on the carriage to exit and take the next subway. The delay time was about three minutes.”

Commuter: “I waited for trains to get on because there were too many people. I was almost half an hour late getting back to Nangang.”

Taipei MRT said it adjusted the train schedule and dispatched some trains to alleviate the crowd on the Bannan Line. The detailed cause of the failure will be announced after a further investigation. 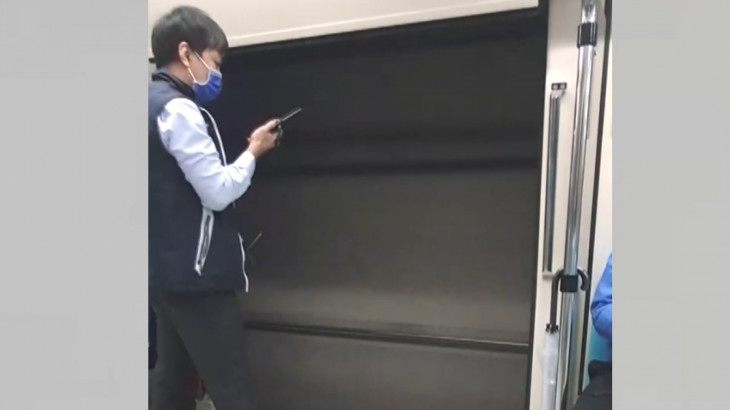 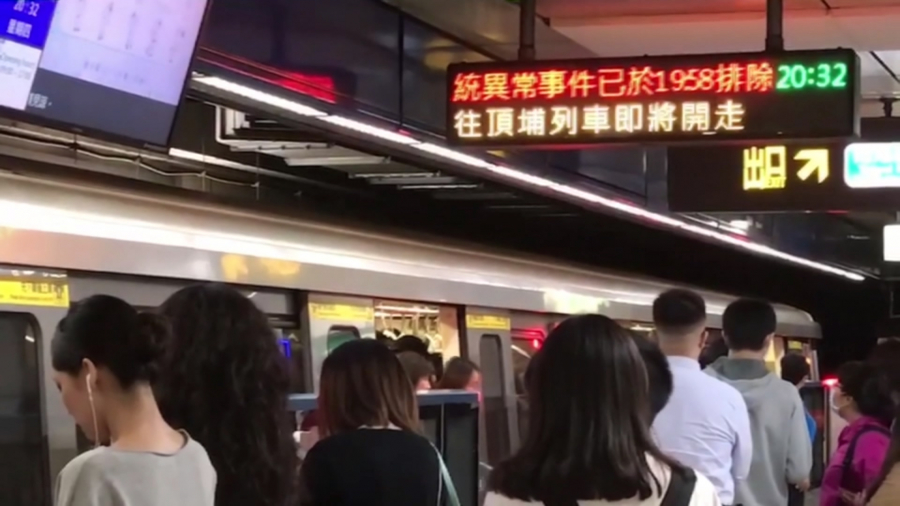