Taipei City Deputy Mayor Vivian Huang is currently working from home after being infected with COVID-19. She livestreamed herself talking about her condition on May 11.

Taipei City Deputy Mayor Vivian Huang has been notified that her PCR test came back positive. She livestreamed herself talking about her condition on May 11.

Vivian Huang, Deputy Mayor, Taipei City: “I work every day, and my throat was itchy, so I thought it might be related and I should take a test. When I saw the two lines, I was a little surprised but not shocked.”

Huang also joked about Taipei City Mayor Ko Wen-je, saying he is an "odd cat with 10 lives" because he has been forced to quarantine multiple times but has not been infected. On May 12, a new policy went into effect where people who are quarantining at home, isolating at home, or undergoing self-health management with a positive rapid test result will count as confirmed cases following verification by a doctor through a virtual appointment. At present, people with no or mild symptoms are also getting medical treatment and being prescribed medications virtually. There are concerns about a lack of capacity.

Ko Wen-je, Mayor, Taipei City: “It has to go online whether you're prepared or not, so what we're focusing on is how to best implement it. The number of confirmed cases is rising too quickly, and that's a big problem.”

Hou Yu-ih, Mayor, New Taipei City: “The central government should simplify the procedure for these three groups whose positive rapid test results will count as confirmed cases so they can get immediate treatment. ”

The domestic situation continues to worsen. Some experts predict it will peak at the beginning of June. They say if the medical treatment system is overburdened, disease prevention measures should be tightened, including a return to the "10+7" quarantine policy from the "3+4" policy. Hou said the situation continues to change, and everyone needs to work together. 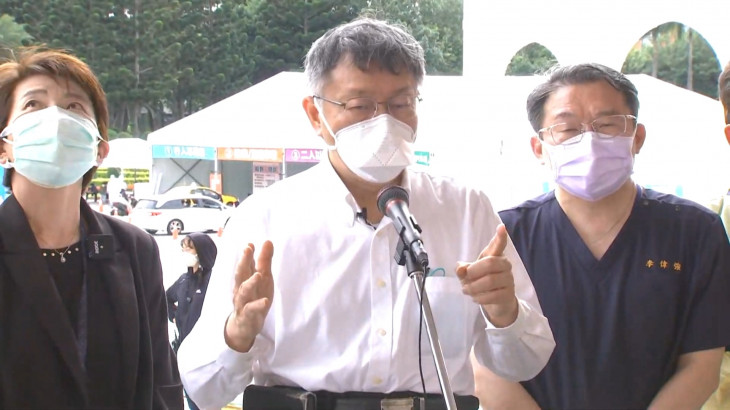