Taroko National Park's Zhuilu Old Road is very popular with visitors. It is not an easy hike, as the terrain is steep and the path is narrow. Taroko National Park Headquarters personnel recently made a video to remind visitors to be careful.

This rap was written by Taroko National Park Headquarters personnel to remind visitors hiking along the park's Zhuilu Old Road about the safety precautions that they need to take. The video became viral after it was posted online.

Tourist: “It was pretty interesting, and it got the point across. It also appeals to young people.”

The video was directed by a worker at the headquarters. She joined the headquarters after graduating from National Chengchi University with a degree in diplomacy, and has been here for four years. She has previous experience with bands. As the old road has a steep terrain and the path is narrow, accidents often occur. She decided to use a video to replace outdated written warnings.

Wu Nien-chen, Video Director: “The purpose of the video is to inform people about the things they need to watch out for when they start climbing. I thought, why not use rap to give people a fun way to learn this information.”

All the performers are Taroko National Park Headquarters employees. Many of them were naturals. It took only a month to plan, shoot, post-produce, and create the music for the video.

Chen Pao-kuang, Director, Buluowan Visitor Center: “There are many talented people here. There are people who have a natural talent for music, there are people who know how to edit. There are others who love performing and hamming it up, and so we gathered everyone. We'll continue using different performance methods in the future.”

The headquarters says it's happy that the video went viral, but it shouldn't be forgotten that the purpose is to remind people to comply with safety regulations. 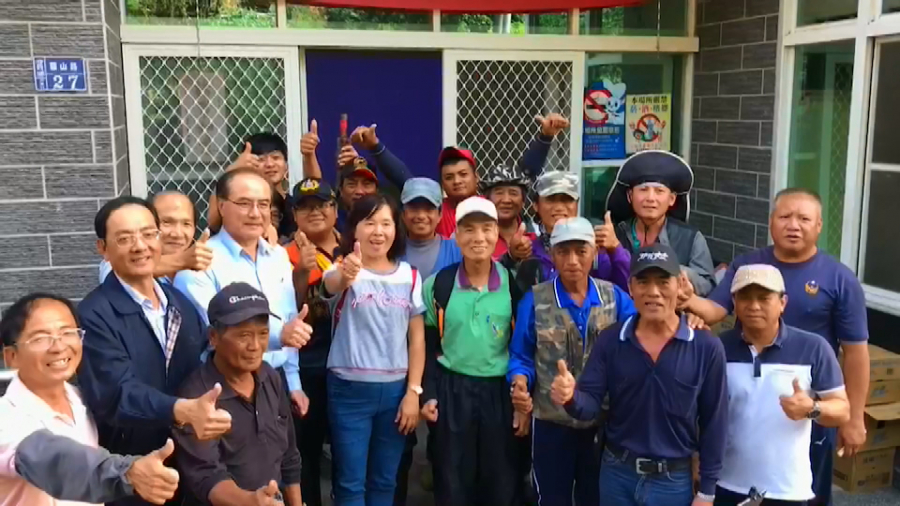