Former Taiwan Solidary Union lawmaker and National Cheng Kung University law professor Hsu Chung-hsin ran for Tainan City mayor four years ago and lost. On July 14, he announced he will be running for the same position in the year-end election. Meanwhile, Kuomintang candidate Hsieh Lung-chieh said Hsu's participation may loosen the blue and green voting blocs in the city and further observation is needed.

Hsu Chung-hsin, Taoyuan City Mayoral Candidate (Ind.): “Tainan is facing an extraordinary predicament now that cannot be solved by traditional politicians. I started off as a county councilor and learned how politics work and how to serve the people. You of course learn some specialized knowledge in the process. I got my license to practice law in my 20s, but I didn't use it to earn money. Instead, I offered legal services. I think this specialized knowledge should be applied to government administration.”

Hsu decided to run despite losing four years ago. Residents showed up at his press conference in a show of support, and former Tainan County Magistrate Su Huan-chih endorsed Hsu. Tainan City Mayor Huang Wei-che, who was nominated by the Democratic Progressive Party to seek re-election, said city residents will make a decision. Kuomintang candidate Hsieh Lung-chieh said Hsu's participation may loosen the blue and green voting blocs in the city and further observation is needed.

Hsieh Lung-chieh, Taoyuan City Mayoral Candidate (KMT): “Although Professor Hsu's spectrum is a bit similar to that of the DPP, his idealism is higher than that of the DPP. You can see his disdain for the municipal administration. I think that if he is willing to run, then blocs may shift.”

Huang Wei-che, Mayor, Tainan City: “I think we should all take a very cautious attitude to face the support of the people. As for the various candidates, there's no way that the votes for one will fall from the sky. I think we need to let Tainan residents examine these candidates.”

There were six candidates in the 2018 race. Huang won the election after receiving 360,000 votes. So far, there are three candidates in the 2022 race. Mark Lin, organizer of the event "Crazy Friday," is expected to hold a party on July 16 and may declare his candidacy shortly. 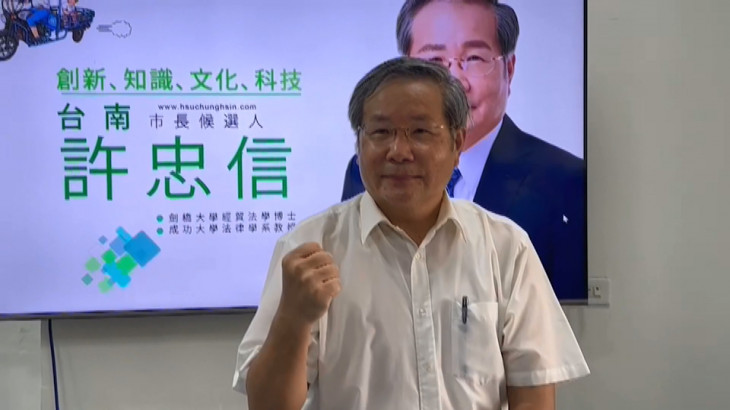 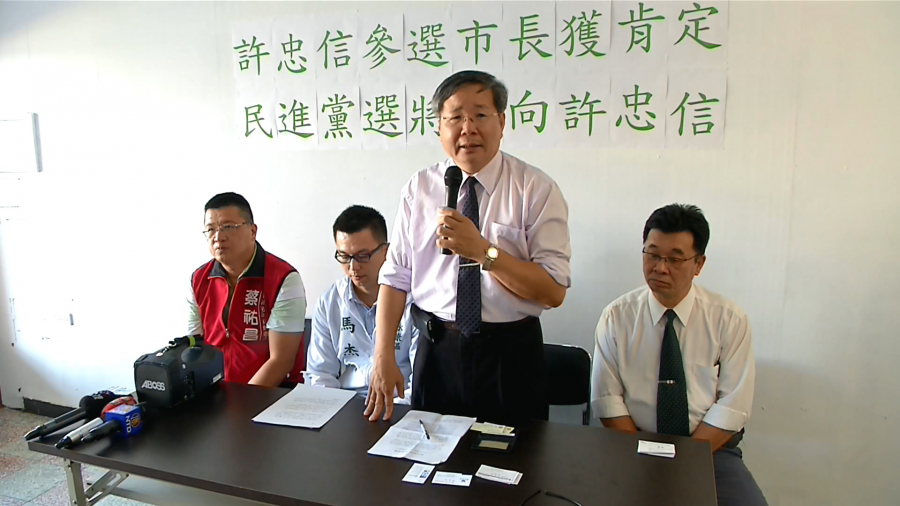