The number of COVID-19 cases in Kaohsiung reached 50 on Jan. 24. Inspections were carried out at traditional markets to ensure that people were wearing masks and scanning QR codes.

This is a traditional market in Kaohsiung's Gushan District. There are vendors both inside the market and in the surrounding area. To enter the market, including the surrounding area, people have to scan the contact tracing text messaging service's QR codes twice. Those who tried to force their way in were blocked.

“Please leave your contact information over here before entering.”The city government stepped up inspections on Jan. 25 to ensure that people were using the contact tracing text message service and that businesses were enforcing QR code scanning. It said violators would be fined a minimum of NT$3,000. A preliminary investigation showed that 95 percent of people and businesses were compliant. There were only a few violators.

Resident: “(Are you feeling more nervous than usual?) No, because the epidemic has been ongoing for a period of time.”

The city government also made sure eateries were compliant. It said that if it finds violators and they refuse to comply, then eating in will be banned. The city government also requested that every member of a party scan QR codes because sometimes the system produces garbled characters instead of the complete information if people scan in groups.

Pan Chao-ying (Jan. 24, 2022), Senior Specialist, Dept. of Health, Kaohsiung City: “When people scan in groups, garbled characters are produced. If everyone has a phone, then everyone should scan the code.”

The epidemic situation is worsening, and Kaohsiung has banned eating in at chain restaurants. Starting on Jan. 23, eating in was also banned at other eateries. People can only pick up food themselves or have it delivered. These measures are expected to be in effect for two weeks, and then adjusted depending on the epidemic situation. 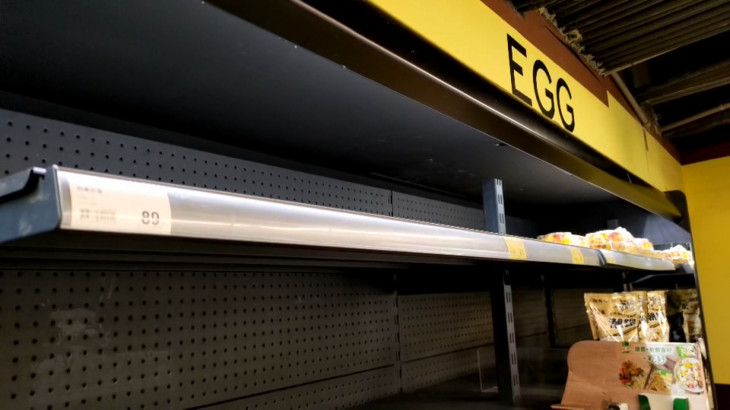