The Central Election Commission delivered a report to the legislature's Internal Administration Committee on Dec. 27. The turnout for the Dec. 18 referendums was only 41 percent, and the referendum on binding referendums to general elections was vetoed. However, the legislature recently convened its Constitutional Amendment Committee, where Democratic Progressive Party legislators suggested combining constitutional amendment referendums and general elections. The Kuomintang had doubts.

Lin Wei-chou, Legislator (KMT): “It doesn't matter whether it's a constitutional referendum, a popular referendum, or a recall election. We want citizens to participate. The more citizens that participate, the more orientation of the outcomes can be shown..  So we have to see if we need to close the gaps, right?”
Lee Chin-yung, Chairperson, Central Election Commission: “Constitutional amendments are highly politicized. So right now our laws and regulations are insufficient... It would be best for the Referendum Act to have provisions on detailed procedures. Before we have these provisions, we can only base it on existing clauses on amendments and legislative resolutions. ”

KMT Legislator Lin Wei-chou said the ruling party's approach to referendums should be unanimous, while CEC Chairperson Lee Chin-yung said the current Referendum Act does not provide explicit procedures and provisions for constitutional amendment referendums. DPP legislators threw their full support behind him. They said the vote counting proceeded smoothly for the Dec. 18 referendums because they weren't tied to elections, but they have concerns about the voting counting process for the by-election scheduled for January for Taichung's second electoral district.

Wang Mei-hui, Legislator (DPP): “The KMT believes the central government's election personnel are up to something. The DPP believes local government's election personnel are up to something. Why there are these opinions no matter what you do?”
Lee Chin-yung, Chairperson, Central Election Commission: “That's why I'm here to urge candidates to recommend election supervisors and not make things difficult for them so that they can strictly maintain neutrality and do their work.” 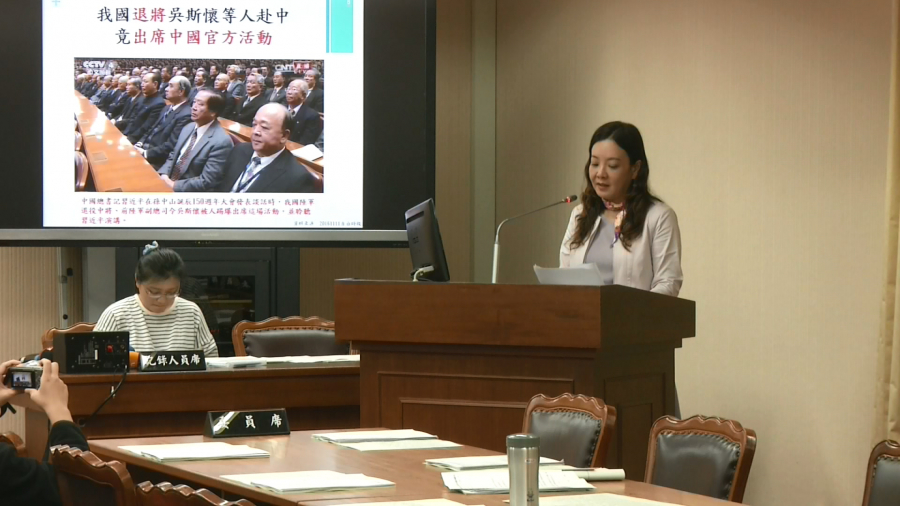