A man surnamed Chang recently left a gun behind when changing rooms at a hotel in Taoyuan City's Bade District, and the police arrested him. In 2014, this man drove a truck into the Presidential Office, and was sentenced to six years for attempted murder.

The police knock on the door of the hotel room. As it opens, they immediately move to capture the man inside.

Taoyuan Police Department's Bade Precinct said it received a report from the hotel personnel. A man surnamed Chang had checked into the hotel and then asked to change rooms due to some malfunctioning facilities. He was moved to another room, and personnel began cleaning his original room. They found a gun under a pillow and concluded that Chang had left it behind when he changed rooms. The police sent over eight officers led by the captain of Siwei Police Station to apprehend the suspect.

Wu Hsueh-an, Deputy Captain, Bade Precinct, Taoyuan PD: “We received a report from a business hotel in our jurisdiction that a guest had a firearm. Officers from this precinct immediately went to the scene and seized one modified pistol, a magazine, and seven modified bullets from the suspect surnamed Chang.” 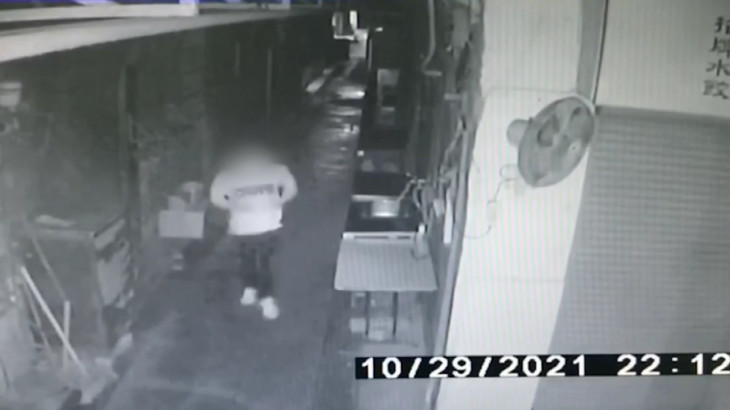