The military is rehearsing the upcoming Han Kuang(漢光) military exercises and a fighter jet attempting to land overran a runway at Pingtung Air Base. Luckily, only the nose and undercarriage suffered damage, and the pilot was not injured. The Air Force is investigating the cause of the accident.

The footage shows an F-16 fighter jet with the tail number 6829 landing at Pingtung Air Base. The nose is slightly raised to use atmospheric drag to reduce the speed. The nose gear is then deployed and the brakes are applied to reduce the speed. However, the plane is still traveling too fast, so the pilot deploys the drag chute. The plane does not slow down enough, and overruns the runway. The nose tilts forward and sticks into the ground. On Aug. 31, the Air Force held a rehearsal for the upcoming Han Kuang military exercises, which will include emergency takeoff and landing drills by fighter planes on public highways. Although it was raining, the weather still met the standards for the Air Force to take off and land aircraft. Luckily, only the nose and undercarriage of the plane suffered damage in the accident, and the pilot was not injured. The plans for the drills have not changed, and the cause of the accident is under investigation.

Huang Chih-wei, Air Force Chief of Staff:” The circumstances under which this plane landed today are currently under investigation by a task force. What we know right now is that the pilot did not communicate that there were any abnormal circumstances. As for the plane, it suffered slight damage that can be repaired. It has been towed into the hangar for technical staff to assess.”

A Mirage 2000 fighter jet was right behind the F-16 and about to land. Its pilot decided to remain in the air after seeing what happened instead of landing. The F-16 has already been towed away. A retired F-16 pilot said it's possible the runway was too slick during the landing, so the plane was unable to brake and overran the runway.

Huang Yang-te, Retired F-16 Pilot:” He must not have anticipated needing to deploy the drag chute. Why did he deploy it? Because he wasn't slowing down as he expected.”

Retired F-16 pilot Huang Yang-te says F-16s are equipped with advanced equipment, and onboard instrument data will reveal whether the accident was caused by a mechanical issue or whether the runway was too wet and slippery. 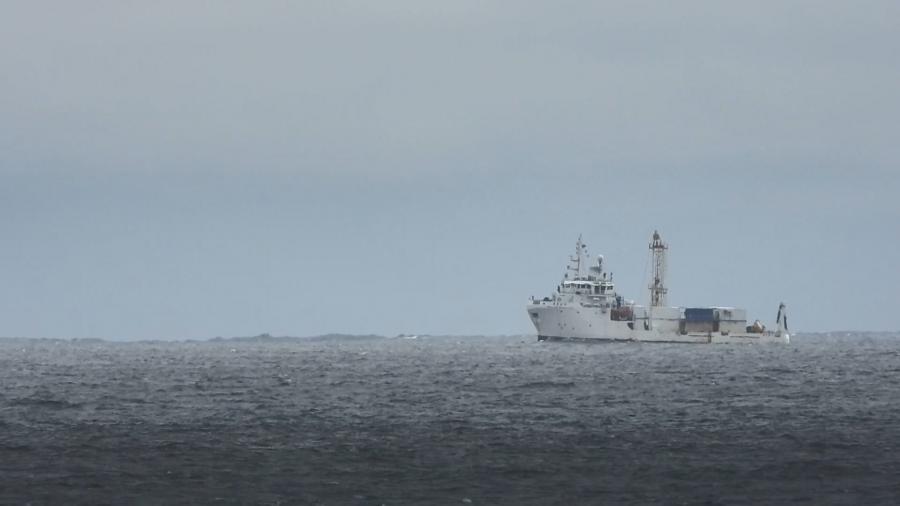 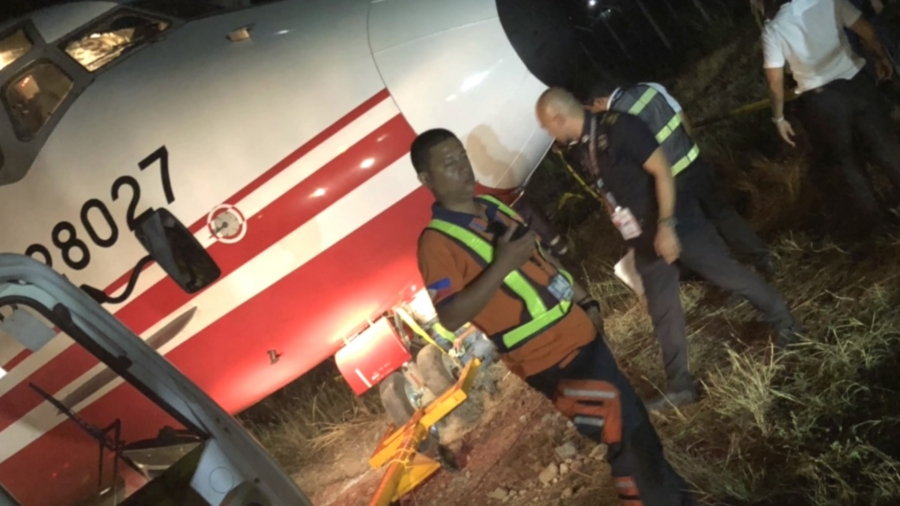 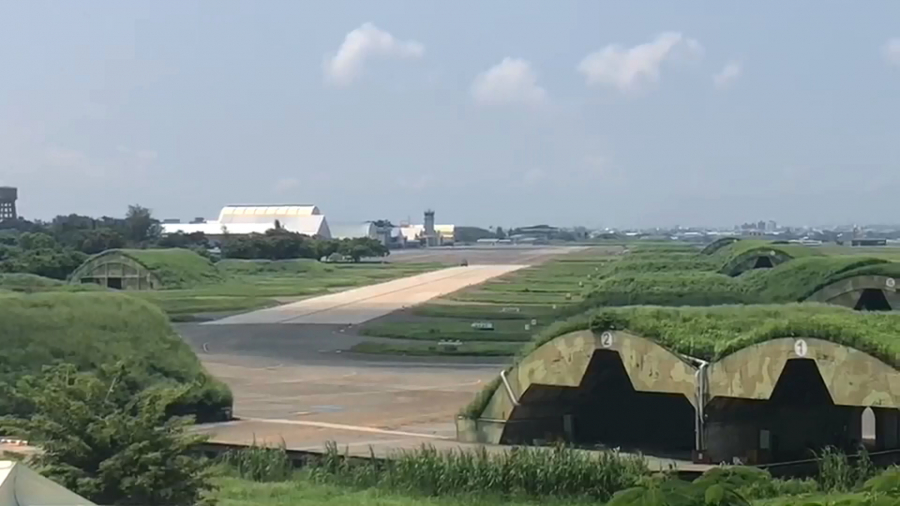