Taichung's Hsinshe Army Aviation Base is set to open for visits from civilians on Mar. 30. There will also be performances and displays of all types of military equipment. Let's take a peek at the dress rehearsal.


There are various types of helicopters taking part in the performance, including the AH-64 Apache, the AH-1 Cobra, and the UH-60 Black Hawk. They are followed by F-16 fighter jets and Indigenous Defense Fighters. The Army's 602 Air Cavalry Brigade, which is based at Taichung's Hsinshe Army Aviation Base, was conducting a rehearsal ahead of an open house event on Mar. 30. The aerial maneuvers of the aircraft caused spectators to call out again and again.

Apache helicopters went into 720-degree spins, and a host of other maneuvers that showed off their superior performance and the exceptional skills of their pilots.

Meanwhile, the Army's Dragon Team, a parachute demonstration team, jumped out of aircraft. Although the wind was strong, all of the members hit their targets.

This wonderful display caused some students to think about enlisting in the military.

They really are great. They inspired me to make the decision to join them. My mind is set.

Visitors will also be able to view displays of military equipment such as helicopters and armored cars. Those who toured the base said their confidence in the military has increased.

You can see from these displays and performances that our weaponry and equipment are increasingly new and original.
The 10th Army Corps says the open house event is not only expected to bring the military closer to the public, but also allow the public to view the results of the military's training and the nation's military capabilities. 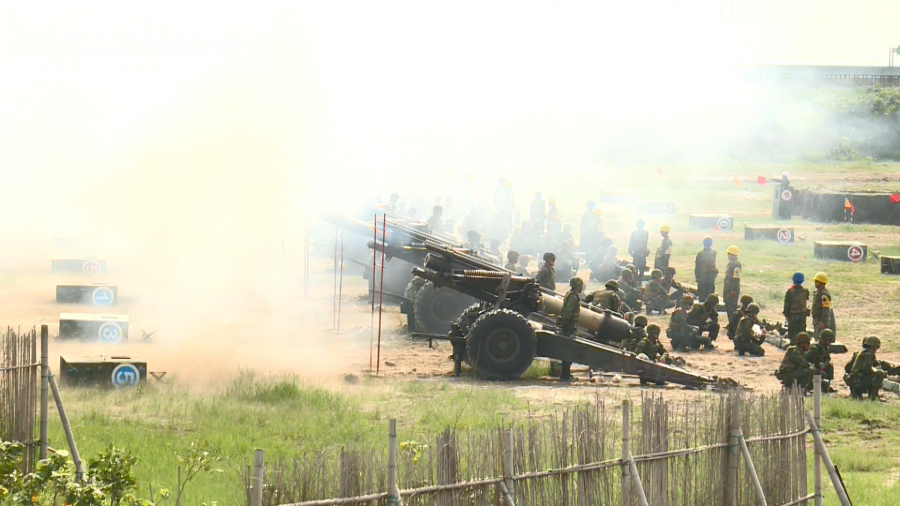