Chen Shih-chung and Vivian Huang attended the same event on July 26, but arrived separately. During Chen's address, he left Huang out while greeting people by name. Meanwhile, Chiang Wan-an, who did not attend the event, released a first list of his campaign staffers. The 10 names were all from the older generation.

Taipei City mayor candidates Vivan Huang and Chen Shih-chung both attended an APEC event on the 26th. They were seated a table apart.

After taking the stage, Chen spent some time greeting audience members by name, conspicuously leaving Huang out. Huang was later asked about Chen's recent strategy of winning back the "light-green" vote by attacking Ko Wen-je to take her down with him.

Vivian Huang, Taipei City Deputy Mayor: “It's such a waste of time. We don't need to be engaging in a war of words every single day. Action speaks louder than words.”

Chiang Wan-an, Taipei City Mayor Candidate (KMT): “Battle-hardened veterans have a wealth of experience to share, including what they did on the battlefield in their younger days. This is the "intergenerational prosperity" we are advocating. Anyone attempting to manufacture age discrimination or generational opposition is an enemy of the public.”

Chen, meanwhile, was asked why Victor Wang scored 37 mentions in his new book while the "Epidemic Prevention Mayday" team wasn't mentioned at all. Chen's response was that he would mention them as often as possible in his next book. 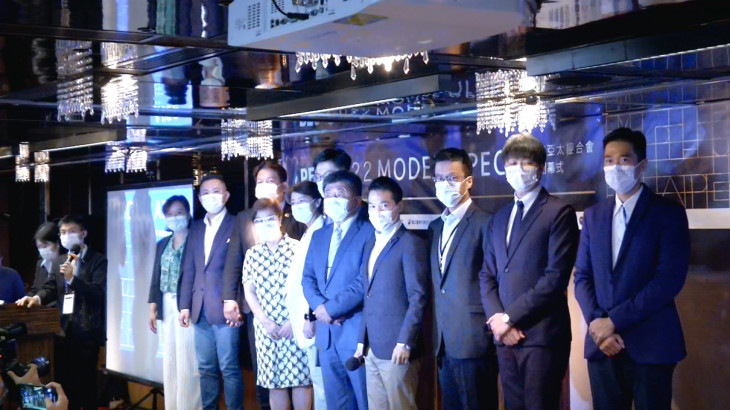