Problematic rapid tests were recently reported in both Taichung and Kaohsiung. An investigation centered on the importer, Safeway OA Supply Co., and officials searched five locations and called in five people for questioning.

People who received problematic rapid tests as part of care packages in Kaohsiung can exchange them until the end of the month.

Resident: “I'm okay, I'll be fine as long as I don't have problems later on.”

Recently, people reported problems with Flowflex rapid tests purchased by the Taichung and Kaohsiung governments. Officials launched an investigation on June 13, searching five locations, including the warehouse of importer Safeway OA Supply Co. and the home of its person in charge. They confiscated 450,000 rapid tests, and called in five people for questioning, including the person in charge and the chief executive, a man surnamed Chu and a man surnamed Huang, respectively. Chu was released on NT$1 million in bail after being questioned, while the Hsinchu District Prosecutors Office applied to a court to keep Huang detained because he is suspected of collusion.

Head Prosecutor, Hsinchu District Prosecutors Office: “The man surnamed Huang violated the Medical Devices Act, and chapters on fraudulence and offenses against agriculture, industry, and commerce in the Criminal Code. There is also the risk of collusion to repeatedly commit fraud, so we have applied to the Hsinchu District Court to keep him detained and without visitation privileges.”

Prosecutors found the company had won bids to supply 10 government agencies, including the Ministry of National Defense, the Taichung City Government, Kaohsiung City Government, and Hsinchu County's Zhubei City Office. The central government authorized the use of a rapid test produced in the U.S. by Flowflex, but what Safeway OA Supply imported was Chinese-made Flowflex rapid tests. After they arrived in Taiwan by air, stickers were added to the packaging to say that they were made in the U.S. The company imported 2.37 million tests, and 1.92 million had already been handed out. This included 3,100 purchased by the Zhubei City Office for the use of disease prevention workers. All the tests will be recalled. It is unknown whether Flowflex in China counterfeited the tests.

Kuo Han-chang, Chief Secretary, Zhubei City Office, Hsinchu County: “Regarding the issue of reputation, if the court makes a ruling, then the city office will follow up by looking into accountability.” 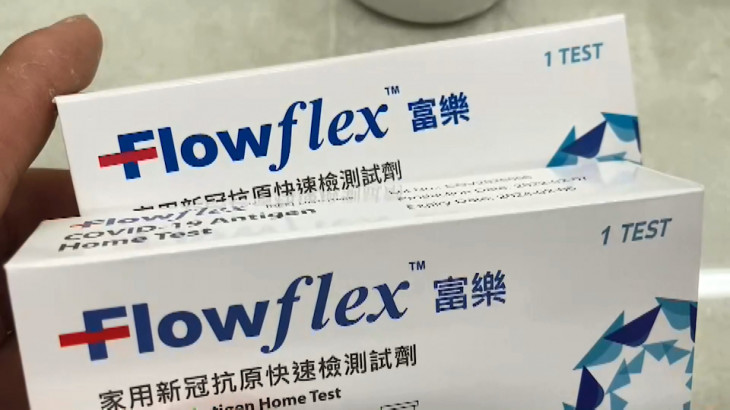