A man is under investigation for killing his wife in Taoyuan's  Bade District on July 11. A judge ruled that there is evidence the defendant committed the homicide and could possibly flee, so the man was detained on July 12.

The man's hands are shackled as he is escorted to the district prosecutor's office by the police. This man, a 25-year-old surnamed Hsu, was arrested on the suspicion that he murdered his wife.

The murder occurred on the evening of July 11 at a building in Taoyuan's Bade District. The corpse of a 21-year-old woman surnamed Tseng was discovered by her mother inside a residence. The police were notified and went to the scene. They apprehended Hsu on suspicion of murdering his wife. An investigation is ongoing, and police are trying to determine the motive.

Wu Hsueh-an, Dep. Commissioner, Bade Precinct, Taoyuan PD:"After the police were notified and arrived at the scene, they immediately sealed off the crime scene and collected evidence. They also quickly brought back the male suspect for questioning. After the police interrogation, the case was transferred to the Taoyuan District Court for investigation on the suspicion of homicide."

Prosecutors also interrogated Hsu and determined that the defendant was involved in the crime and there was a legal basis for detention. They applied to Taoyuan District Court for permission to detain Hsu.

Voice of Liu Wei-pi, Chief Judge, Taoyuan District Court:"There is the possibility of fleeing for a crime punishable by five years or above, so the ruling was to detain him. It appears there is no collusion, in this case, so we did not bar him from having visitors."

The judge said the lightest possible sentence for the crime committed by the defendant is five years. The court also determined that he could flee, so the ruling was to detain him but allow him access to visitors. 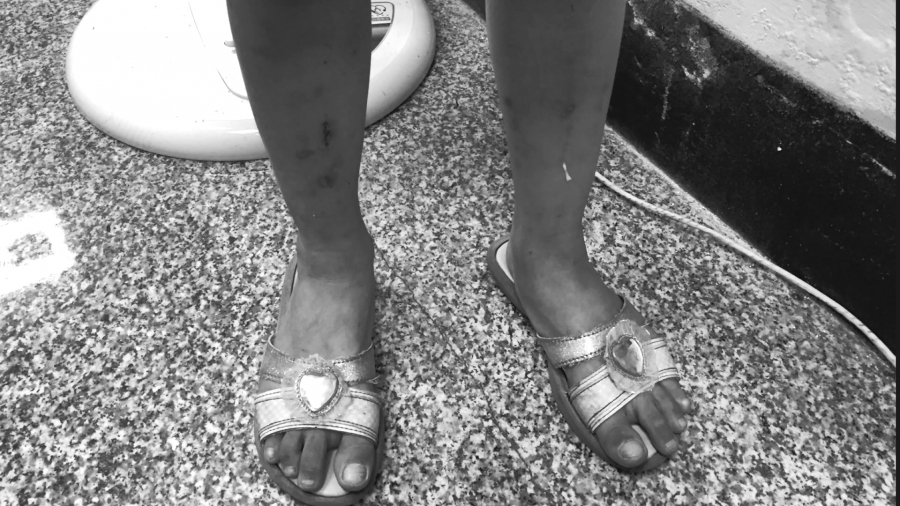