An arson investigation is underway after a fire broke out at Taichung's Zhonghua Night Market. It spread quickly and affected people living on Taiwan Boulevard. Over 100 firefighters were sent to the scene and rescued nine people. Among them, three were sent to the hospital for smoke inhalation. Police arrested a suspect in his 20s on the scene, who said he started the fire because he was in a bad mood.


A storefront is swallowed by flames as firefighters break down the door.

Many residents were woken by flames and found themselves trapped. Fortunately, firefighters were able to rescue them. The residents blamed illegal structures in back alleyways.

The fire started at Taichung's Zhonghua Night Market around 3 a.m. on the 21st. Over 100 firefighters were dispatched to the scene. Three of the nine people rescued were treated for smoke inhalation. Police arrested a man surnamed Lin.

(The suspect) said he was in a bad mood. Right now, we don't know the actual reason he started the fire.
Police say a storeowner reported Lin for suspicious behavior and Lin was seen starting a fire after they arrived on the scene.

He was loitering and I thought he was acting suspiciously. He seemed like he was high or something.

The fire department says the fire spread quickly to Taiwan Boulevard because of illegal buildings in back alleyways.
There are many illegal structures that are also obstructions.

The illegal buildings and additions are mostly wood and the fire spread over our way.

One area resident says the district has a mix of commercial and residential buildings and back alleyways are filled with illegal structures, which makes firefighting a challenge. The investigation is ongoing. 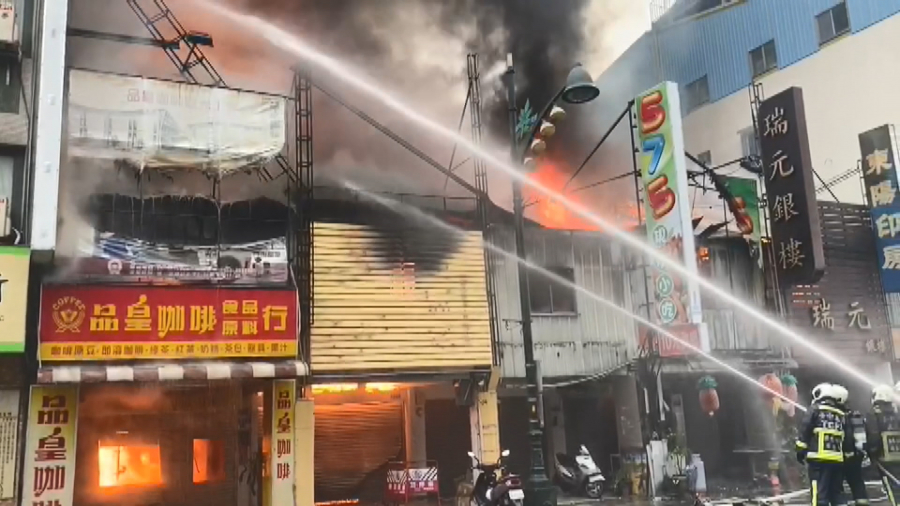