Another drunk driving incident took place in Renwu District. A man surnamed Wu hit an oncoming car and motorcycle before crashing into a betel nut stall and home. The female motorcyclist and stall attendant were sent to the hospital.

A crane was dispatched to tow away the white car stuck between the betel nut stall and the residential house. The road was full of the vehicle's debris. Fire trucks were also on standby. The driver hit the opposing motorcycle and car before hitting the stall and the home's gas pipeline, causing a gas leak. The police discovered the driver was drunk driving.

Feng Chia-chin, Deputy Chief, Chengguan Police Station, Kaohsiung: “The driver tried to escape when he saw the police checkpoint. He tried to evade a motorcycle before colliding and then crashing into the store, causing a gas leak.”

DUI checkpoints were set up on the evening of the 28th in Renwu District where drinking is prone to take place. A man surnamed Wu saw the checkpoint and fled, injuring the betel nut stall clerk and motorcyclist, sending them to the hospital. Fortunately, none were seriously injured. Wu's blood-alcohol level was 0.52 and slapped with endangering public crime.

A family of four was hit by a man on the 26th, who was a repeat DUI offender, resulting in one dead and three injured. Kaohsiung is implementing sobriety checkpoints from the 27th to January 3 next year. However, Taichung started its checkpoints on December 1, which will last for three months.

Chen Sung-yin, Commander, Traffic Div., Taichung Police Dept.: “We will carry out the drunk driving prevention project for three months, from December 1 to February 28 next year, lasting through the Lunar New Year Festival.”

Taichung is expected to assign more than 40,000 police officers to help ban drunk driving. 608 DUI cases have already been recorded from the beginning of December to the 27th. 327 cases have been transferred to prosecutors. 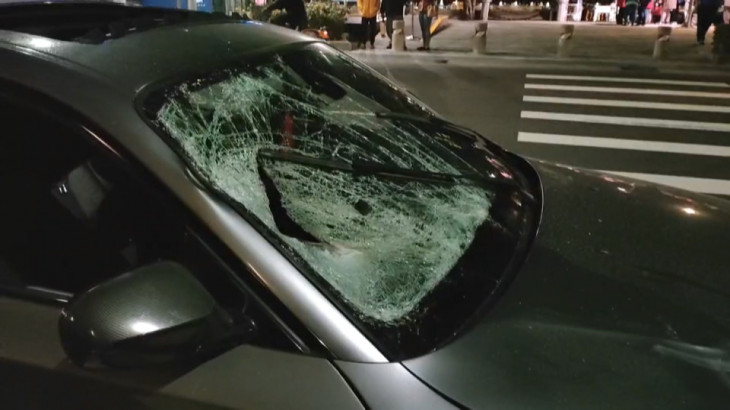