President Tsai Ing-wen headed to Hsinchu Armed Forces Hospital on July 17 to pay her condolences to the family members of two pilots killed in a helicopter accident during the Han Kuang military exercise on July 16. She called the two pilots "heroes" because they had attempted to avoid crashing into civilian residences.


Two pilots died in a helicopter accident on July 16 during the Han Kuang military exercise. One day later, President Tsai Ing-wen headed to Hsinchu Armed Forces Hospital to pay her condolences to their family members. The two pilots had deliberately attempted to avoid crashing into civilian residences, which cost them their lives. The president therefore called them "heroes" and ordered the Ministry of National Defense to provide assistance to their families. She also urged all of Taiwan to give the military their utmost support.

This is a huge loss for our military, and we also feel great sorrow. The pilots chose to change direction, giving up their chance to save themselves. They are our heroes.
The bodies of the two pilots were transferred to Taoyuan Armed Forces General Hospital. Friends of pilot Colonel Chien Jen-chuan described him as a "great father," and said he often shared photos of himself with his son and daughter on Facebook. Netizens also expressed their condolences via the social media site. Co-pilot Kao Chia-lung was a devout Catholic, and was preparing to marry his girlfriend this year. The helicopter involved in the accident was a Bell OH-58D Kiowa.

There have been three hard landing incidents involving this type of helicopter in the past two years. Experts say no one was injured in the first two accidents, and it appeared those causes were human error. This time, the helicopter caught on fire after it crashed. Prior to the crash, Chien had reported that the rotor speed was too low, so there is a possibility the crash was caused by a malfunction.

We can see from the videos that there was probably a loss of control, judging by the degree to which the helicopter ignited, which resulted from the oil tank rupturing upon impact. Perhaps Taiwan's topographical features will be taken into account in future safety checks of Kiowa helicopters to strengthen their mechanical designs.

Experts add Bell OH-58D Kiowa helicopters are paired with Bell AH-1 Cobra helicopters during missions, and can be used for non-military purposes such as aerial surveys of natural disasters. The Army has formed an investigatory task force to determine the cause of the accident. 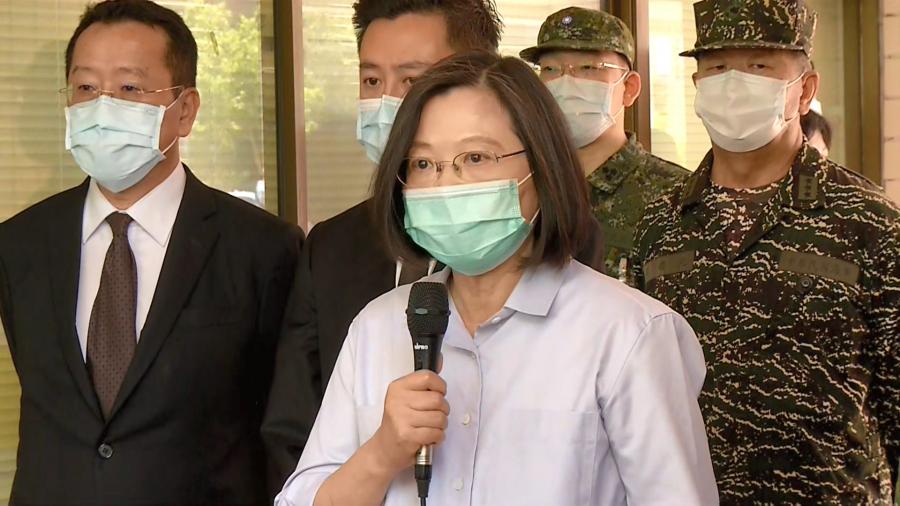