In Taipei, about dozens of cars parked on an embankment next to the Bailing Bridge couldn't be removed before evacuation gates were closed. Taipei City Mayor Ko Wen-je said the city government has spent the entire day sending over 20,000 text messages to vehicle owners. However, it's harder to protect against heavy rain than typhoons.

This is a parking lot on an embankment next to Bailing Bridge in Taipei. The floodwater has receded, and the vehicles parked here are all ones that couldn't be removed before the heavy rain struck. A music festival that was scheduled to take place at Dajia Riverside Park was canceled because of the rain. There were reports that the city's Hydraulic Engineering Office closed sluice gates at 4 a.m. on Oct. 16, but festival participants weren't notified they had to evacuate until 5 a.m., leaving them trapped outside the gates. There were also residents who weren't rescued by firefighters until 8 p.m.

Meredith Huang, Taipei City Councilor: “This is the resulting situation that we saw, which is that many, including music festival organizers, including vehicle owners that went to move their vehicles, weren't able to immediately evacuate after they were notified that the sluice gates were already going to be closed since no one knew that these sluice gates were already closed.”

On that day, the office began closing evacuation gates along Keelung River, Xindian River, and Jingmei River at 4 a.m. The city government's LINE account began issuing notifications of the closures at 4:41 a.m. It reminded vehicle owners to drive their cars away from the riverbanks. Taipei City Mayor Ko Wen-je said the city government spent the entire day starting early in the day sending over 20,000 text messages to vehicle owners, and they were notified before 4:41 a.m. He also said dealing with heavy rain is more difficult than dealing with typhoons.

Ko Wen-je, Mayor, Taipei City: “The fact is that we did notify them, but sometimes the person receiving the notification doesn't take it seriously and doesn't think anything will happen. We have to close the sluice gates when there's heavy rain. If we don't close them, then Taipei will flood as it did during Typhoon Nari. We can't allow that to happen, so we have to close the sluice gates. However, in the future, we'll establish a convention, and by that I mean if I send you a notification, you have to take it seriously and you really have to take action.”

The mayor said the city government is already studying ways to improve. In the future, people who park vehicles on embankments must register their license plate numbers online. 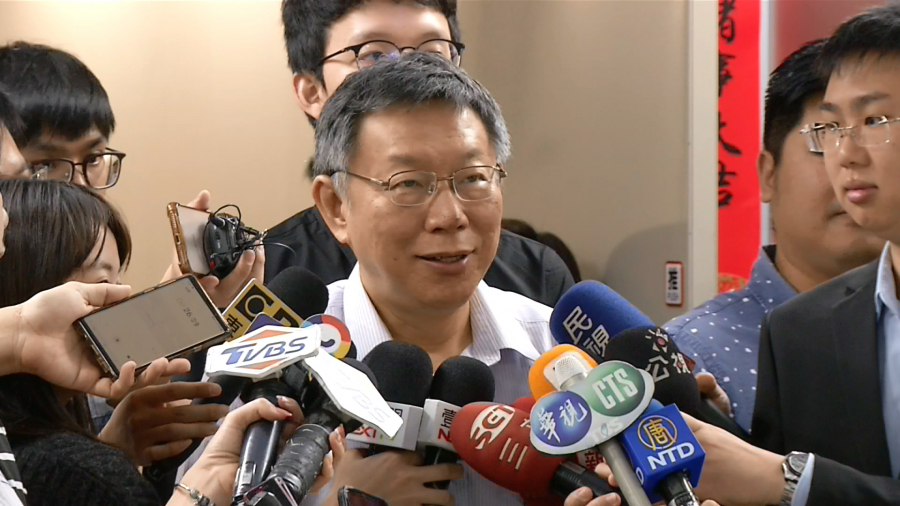