Pingtung County Magistrate Pan Meng-an announced three new domestic COVID-19 cases in the county on Feb. 10. Meanwhile, Pan narrowly avoided being listed as a contact after going to Fuan Temple on Feb. 1, which was also visited by a confirmed case from Kaohsiung.

People bring their children to get the entire family tested. A testing station was set up at Zhongshan Park in Pingtung's Chaozhou Township on Feb. 10, and will offer free tests for two days. This was because three domestic COVID-19 cases have been linked to a local clinic called Chaorong Clinic. Pingtung County Magistrate Pan Meng-an announced the cases via Facebook, and urged people who had gone to the clinic between Feb. 5 and 8 or whose footprints overlapped with the cases to get tested immediately.

Chou Pin-chuan, Mayor, Chaozhou Township, Pingtung County: “It is a cluster infection involving a family that traveled to the north during the Lunar New Year holiday.”

Lu Meng-lun, Technical Specialist, Public Health Bureau, Pingtung County: “Even if the tests come back negative, it doesn't mean there is no risk of infection. That's why we urge the public to do self-health management.”

According to preliminary reports, one of the cases works at the clinic. Colleagues have already been identified and the clinic has been disinfected. The county government said the three cases are a family that had traveled to the north, and there was no overlap with the footprints of the case announced the previous day. Meanwhile, Pan narrowly avoided being listed as a contact after going to Fuan Temple on Feb. 1, which was also visited by a confirmed case from Kaohsiung.

Pan Meng-an (Feb. 1, 2022), Magistrate, Pingtung County: “Make sure you write the receipt (for the good fortune lamp) correctly. Last year, I wrote it wrong and cost someone NT$1,000.”

The epidemic investigation found that Pan had already departed the temple by the time the case arrived. The county government remains on high alert after the three new cases and has released details about their footprints. People often go back and forth between Pingtung and neighbor Kaohsiung, and the latter held daily disease prevention press conferences during the holiday. It is also taking precautions seriously. A temple was disinfected after a confirmed case walked past. 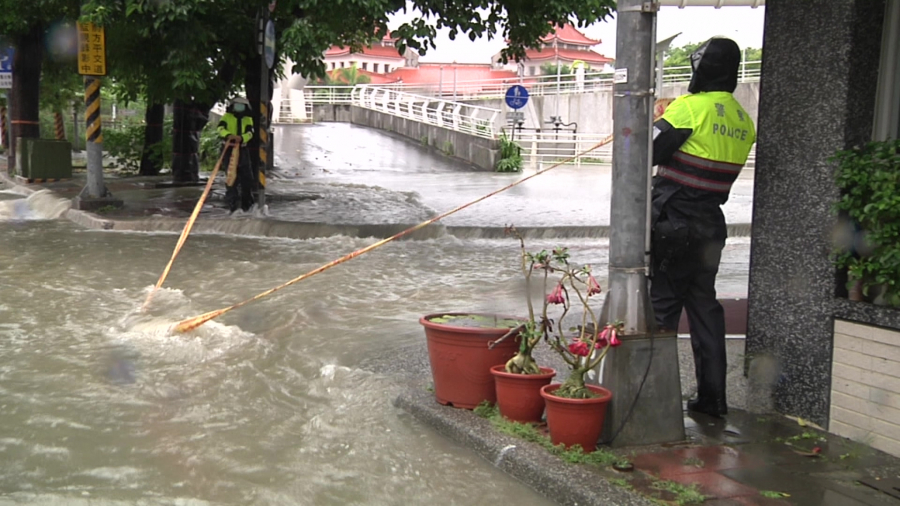