The three presidential candidates engaged in another fierce debates during the second televised policy presentation. After the session concluded, the campaign office of KMT's Presidential Candidate Han Kuo-yu held a press conference and criticized the Tsai administration. Meanwhile, those who look to remove Han as Kaohsiung mayor have made the next move.


The campaign office of KMT Presidential Candidate Han Kuo-yu held a press conference on Dec. 26, during which they criticized the Tsai administration for inflating economic figures and implementing the wrong energy policies.

The investment was used to purchase land and factories. It has nothing to do with employment. They (the DPP) said that investing NT$700 billion could generate over 50,000 jobs. However, the unemployment rate has not seen any change so far.

After the televised policy presentation, Han Kuo-yu published a Facebook post, in which he said the movement to remove him from the position of Kaohsiung mayor started less than two months after he took office. Han named former politicians serving under Secretary-General Chen Chu, saying they are the ones instigating the movement and that they are also planning to orchestrate movements to remove Taipei City Mayor Ko Wen-je. There have also been rumors that factions within the ruling DPP have been preparing a new candidate to run for Kaohsiung mayor. Han said these factions are exhausting the resources from within Taiwan, and that they are under the direct command of President Tsai Ing-wen.

On the other hand, those who look to remove Han as Kaohsiung mayor have made the next move. Three groups collectively handed in 30,000 signatures to the Central Election Commission (CEC) on December 26.
Sending in the signatures is just phase one. After our proposal passes the review, we will enter phase two and collect more signatures.

One of the anti-Han Kuo-yu organizations, Citizens Mowing Action, has published their timetable estimating the CEC might announce a referendum date for removing Han in 170 days. Han's camp office responded by saying they did not follow the legal procedure in submitting the signatures, and he called on the CEC to remain impartial on dealing with the matter. The KMT has drawn attention to DPP's manipulation of public opinions on the internet and has exposed that Deep Pocket Marketing, a private firm, has reported their plans to manipulate online opinions directly to President Tsai Ing-wen. Their actions have included manipulating online discussions and attacking the opposition KMT. 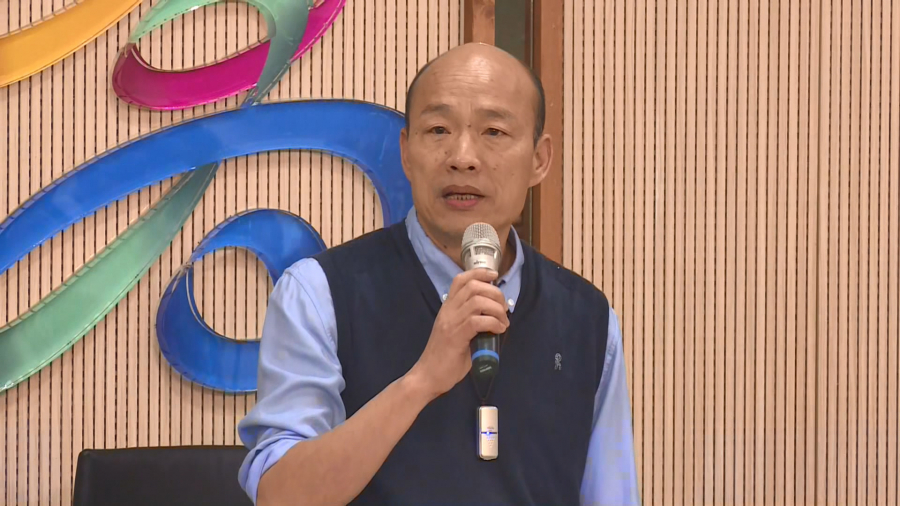