Former New Power Party Chairperson Hsu Yung-ming is currently embroiled in a bribery scandal. Although he has resigned his party leadership, two councilors are unhappy with how the party has handled the aftermath as well as the party's attack culture and have withdrawn from the party.


Former New Power Party Chairperson Hsu Yung-ming's involvement in a bribery scandal has greatly damaged the party's image. Taipei City councilors Meredith Huang and Lin Ying-meng have announced they have withdrawn from the party over its handling of the Hsu case and the long-term attack culture. As a result, there are no longer any NPP councilors on the Taipei City Council.

One member proposed this, but it wasn't followed up. The other members didn't go along with it, so no resolution or implementation was undertaken. That means there wasn't any of this so-called "signing promissory notes" actions.
The New Power Party was founded five years ago. Chiu also said the entire policy committee resigned to show the determination for reform. An election to elect 15 members will be completed in three weeks' time. The committee will focus on a clean politics convention and increasing the transparency of financial affairs. Meanwhile, Huang told the media that the party's attack culture was the last straw that caused her to withdraw.

She also said she was not convinced by NPP Secretary-General Chen Chih-ming's argument that Hsu received bribes in order to pay salaries.

The New Power Party secretary-general came out and personally told party members about this money being used for salaries. I thought the NPP had already staunched the bleeding and was able to hand out salaries before this statement was made, so I think this argument was extremely inappropriate.

I've always had faith in this party's value. Its ideals have not changed. I've upheld this faith in our political actions and work in the legislature and will continue working in this direction.

The NPP currently holds three legislative seats. NPP Legislator Claire Wang said she stands with the party, and the party's young voices are its most valuable asset. She added that what it needs to do now is restructure and move forward. 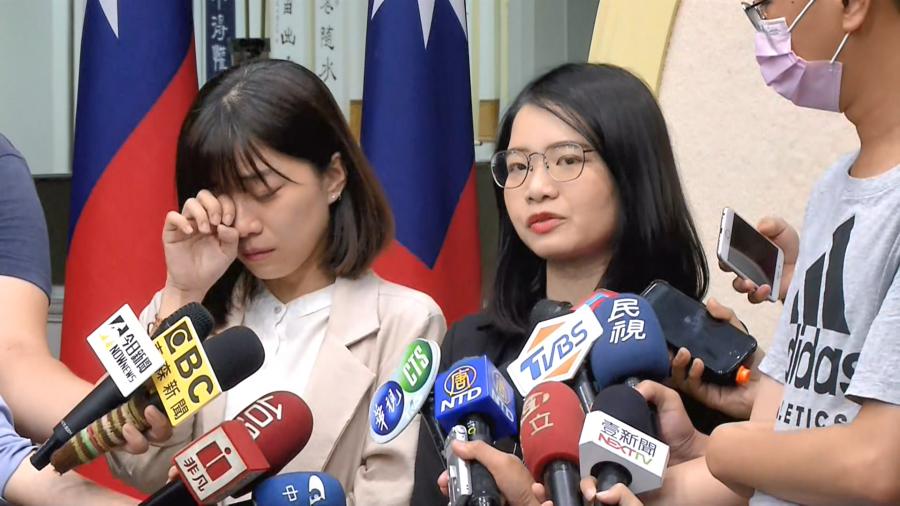