On Oct. 13, Taipei City Police Department's Shilin Precinct was notified by New Taipei City Police Department's Sanxia Precinct that a man surnamed Chen had attempted suicide in a residential rental in Yingge District. While he was being taken to a hospital, he confessed to murdering a person in another residential rental in Shilin District. The police contacted the landlord and went to the residence, where they discovered a dead female. The police have formed a task force to investigate this case, and Chen is under guard at Linkou Chang Gung Memorial Hospital.

Hu Kuang-hsing,  Captain of Taipei City PD Shilin Precinct Investigation Unit：“A man surnamed Chen said he was going to commit suicide in a residential rental in Yingge District. En route to the hospital, he confessed to the police that he killed a female friend surnamed Tsai in a residence on Dadong Road. This precinct immediately sent officers to investigate after receiving the report, and found a dead woman lying on a bed.”

The police accessed security camera footage and confirmed Chen entered Tsai's residence at noon on Oct. 12 and did not leave until noon on Oct. 13. Tsai was a 24-year-old Malaysian national and a university senior. She also worked as a model. Chen attempted to commit suicide by overdosing on medicine, and can't be questioned about whether this was murder or assisted suicide until the effects wear off. 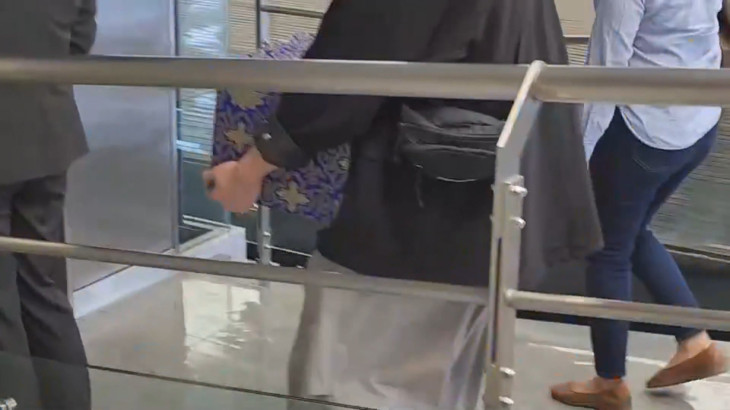