Taipei District Court judge Chen Po-chun went missing while mountain climbing in Taichung on Sept. 11. Firefighters and search and rescue personnel spent three days searching for him. His remains were found at 7:45 a.m. on Sept. 14 inside a bamboo forest beneath the place where he went missing.

Search and rescue personnel slowly rappel to the bamboo forest where the body of Chen Po-chun was spotted. Chen, a Taipei District Court judge, went missing while mountain climbing in Taichung on Sept. 11. He was found without vital signs.

Yu I-yu, Captain, Second Corps, Taichung City Fire Bureau: “Mr. Chen's body was found in a bamboo forest located about 20 meters below. He was found on his back with lacerations on his jaw and abrasions on his face, with his arms in a curled position. He had no vital signs.”

His court colleagues were saddened by the news. They said Chen was a warm and optimistic judge who was highly respected by everyone. They also expressed their condolences to his family.

Chou Yu-chi, Administrative Affairs Judge, Taipei District Court: “Judge Po-chun was a very warm, very optimistic, very conscientious, and very responsible judge, so he was highly respected by everyone. We hope Judge Po-chun died without regrets and is happy.”

Taipei District Court said it will assist Chen's family with funeral arrangements. Firefighters will transport Chen's body to a location where it can be picked up by a helicopter and brought off the mountain. 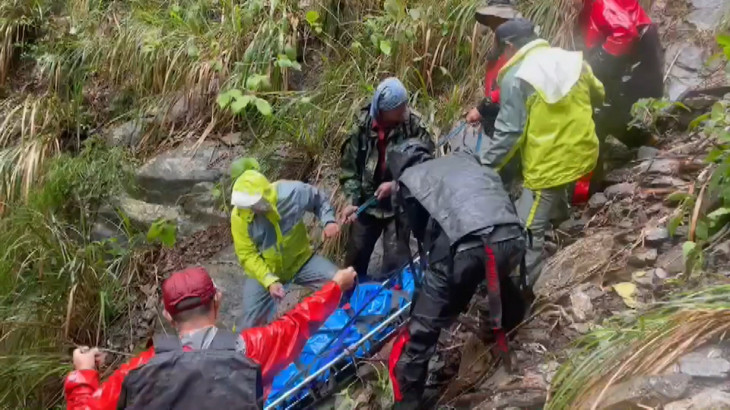