Long waves appeared along the Northeast Coast, while the sky gradually became gray. The typhoon's presence can be gradually felt. Nanfangao Port was crowded with fishing boats taking shelter from the typhoon. Taitung's fishermen are also sheltering inside at Fugang, due to the gradual strengthening of wind and waves. Everyone worked together to tie down the boats to prevent damage from Typhoon Hinnamnor.

Mr. Wang, Fisherman: “The stronger the typhoon, the bigger the waves will be. We're making preparations right now while the waves are flat.”

Strengthening wind and waves have also affected marine traffic. Yilan's Guishan Island scenic area will be temporarily closed from Sept.1 to Sept. 3. Ferry services from Taitung to and from Green Island and Orchid Island have been suspended for 3 days starting on the afternoon of the 1st. Five ferry shifts departing on the morning of the 1st from Green Island to Taitung brought back about 1,500 tourists. Consequently, the ferry from Taitung to Green Island carried almost no passengers, but brought a lot of daily necessities back to Green Island.

Mr. Wu, Ferry Crew: “We have to ship daily necessities over today. Are there any tourists heading over? There shouldn't be any at the moment.”

Due to strengthening wind and waves, the freighter originally bound for Orchid Island on the 1st was also cancelled. People on the northeast and east coasts are reminded that it is best to suspend ocean activities to avoid danger. 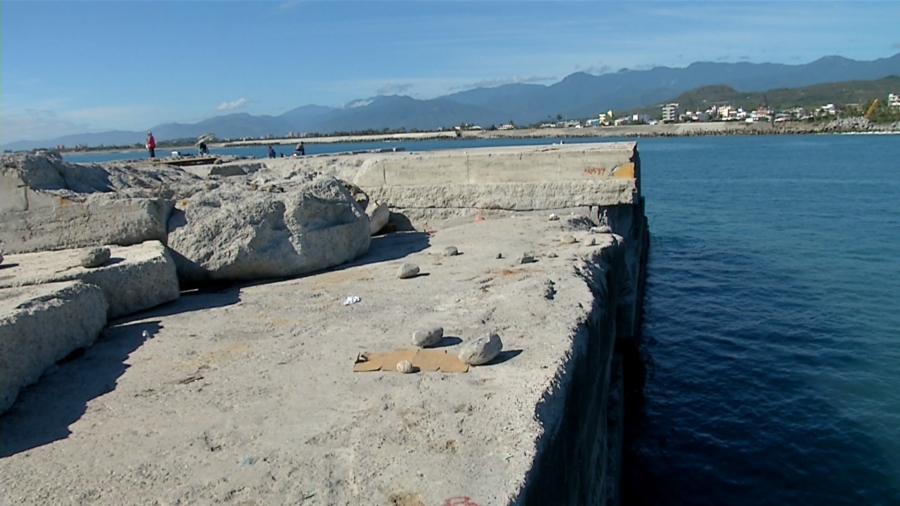