Two police officers were killed while pursuing a suspect surnamed Lin who had stolen a vehicle in Tainan's Annan District on Aug. 22. Lin killed the police officers with a knife and then took one officer's gun, which he used to hold up a convenience store. A nationwide manhunt was launched and Lin was arrested at 4 a.m. on Aug. 23 in Hsinchu.

The man surnamed Lin suspected of killing two police officers in Tainan is arrested upon his arrival in Hsinchu, ending a 17-hour manhunt.

Lin was apprehended and the police removed a gun and bullets he had taken from one of the police officers he had killed. A police task force got information that he was on board a bus from Kaohsiung to Hsinchu, and National Police Agency Director-General Huang Ming-chao personally led the operation. Lin was taken into custody at around 4 a.m. He will be taken back to Tainan to be sentenced.

Fang Yang-ning, Commissioner, Tainan City Police Department: “The police officers ordered him to put down his knife, but he didn't obey. Our colleagues then sprayed pepper spray, which we use for defensive purposes, at him. The suspect's eyes were irritated by the pepper spray, and he began acting crazily and attacked our colleagues.”

The two murders weren't the only crimes that Lin committed. He also used the gun he stole from one of the officers to hold up a convenience store. After killing the police officers, he rode the scooter he stole to a high school, where he abandoned it. He then took a taxi followed by a bus to the train station, where he boarded a train for Xinying. He stole another scooter and robbed a convenience store before taking a private car to Kaohsiung where he boarded a bus for Hsinchu. He changed his mode of transport six times during this time.

Bus Operator: “The suspect got off and the police waited until he wasn't near the driver as it appeared that he was armed to arrest him. ”

Huang Ming-chao, Director-General, National Police Agency: “There were 12 passengers on board the bus, including the suspect. We decided to wait until he had disembarked and the bus door was closed again to apprehend him.”

The police are still investigating details of the murders. 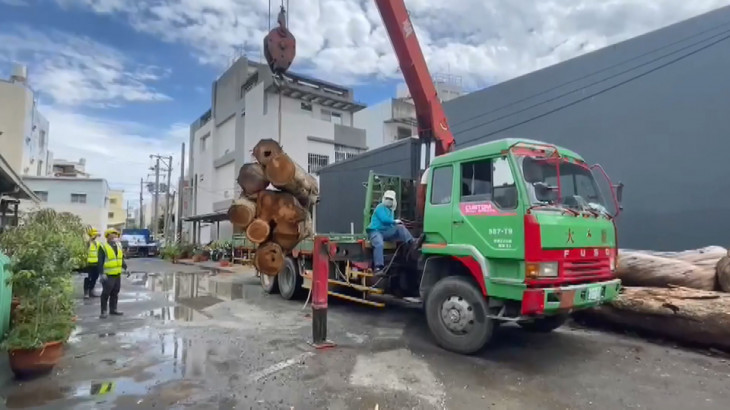