An 18-year-old man has been under investigation after he was spotted carrying a magazine while riding on the MRT. He will face legal consequences although it was later found out to be a toy gun.

An MRT passenger reported this youth to a station security guard after spotting a magazine pouch on him.

Sung Chun-liang, Chief, Rapid Transit Division, Police Dept., Taipei City: “We found a Glock air pistol on him. He didn't have a legitimate reason for having it on him. He has been charged. ”

After reviewing security camera footage, MRT police located Lee and brought him in for questioning. Lee claimed he had the gun on him because he was headed to a shooting range. Police believe he was displaying the magazine pouch for attention and have charged him with violating the Social Order Maintenance Act. What should MRT passengers do in this situation?

Ms. Chen, Citizen: “I'd flee because I'd be really scared.”

Ms. Cheng, Citizen: “I'd get off at the next stop and wait for the next train.”

In April, a chef was fined NT$1,000 for displaying a cleaver on the Bannan Line. Police say those that need to bring a knife or toy gun with them onto the train for special reasons should inform the authorities first and package their weapon appropriately. 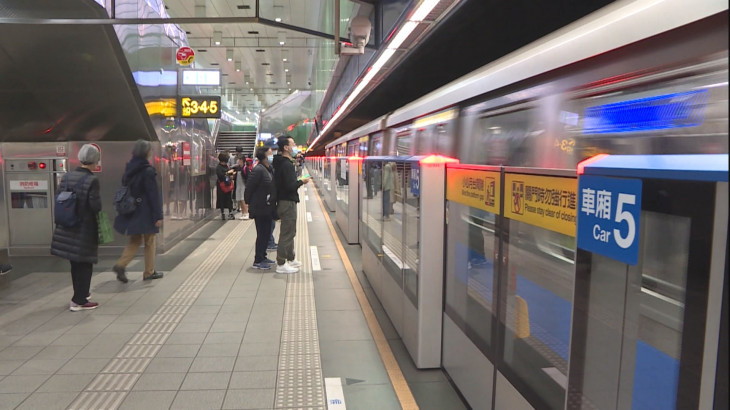