A fire broke out at a townhouse in New Taipei City's Sanchong District early this morning, causing two deaths and one injured.

The residence on the second floor has been consumed by the fire. Firefighters called to the scene doused the building with water. The homeowner's former wife, who lived on the first floor, was able to escape and call for help to save family members still trapped inside.

Homeowner's Former Wife: “The child was on the third floor, my daughter was okay but went up to save the child.”

After the fire was extinguished, investigators came to collect evidence to determine the cause. The fire occurred shortly after midnight on June 29. A family of four lived at this townhouse located in New Taipei City's Sanchong District. The New Taipei City Fire Department's preliminary investigation showed that the fire started on the second floor near an altar, perhaps due to a worn out wire. The cause is still being determined. The third floor was constructed out of sheet metal, and there was only one escape route for the residence. The interior décor was mostly wooden and there were also piles of junk everywhere, so the fire burned quickly and fiercely, making it difficult for anyone to escape.

Wang Ping-hung, Dep. Comm., 3rd Emer. & Rescue Corps, New Taipei City FD: “The third floor was a sheet metal structure with no exterior windows. They fled up to the back side of the third floor, but there weren't any windows from which they could escape. Our firefighters also had no way to enter from the outside to rescue them.”

The owner and his six-year-old grandchild awaited rescue on the third floor, while the owner's daughter ran up from the second floor to the third floor. However, they had sustained extensive burns and smoke inhalation by the time they were rescued, and none had vital signs. Hospital personnel were able to resuscitate the daughter. The fire ended up killing two and injuring one. The fire department reminds the public that fires can easily cause the "chimney effect," where hot air and thick smoke circulate upwards. People living on low floors are advised to escape from the bottom of the building unless there are special circumstances. 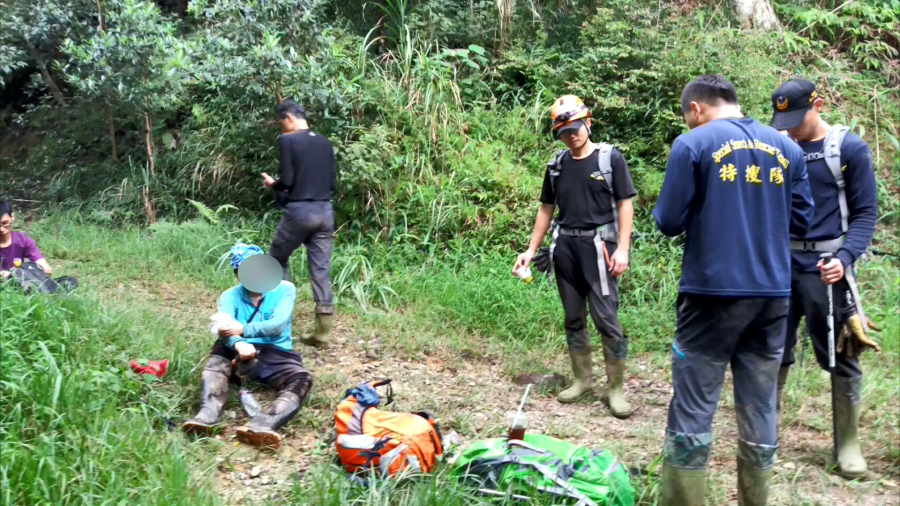