A 2-year-old boy, Enen, died of COVID-19. Clara Chou, a journalist, and media personality, recently released a recording between New Taipei City Fire Department and Shuang Ho Hospital. It confirmed that the Fire Department called Shuang Ho Hospital directly asking if Enen could be admitted because it could not get in contact with the Health Department or New Taipei's public health centers. Controversy arose after the recording was broadcasted on a political talk show. The firefighter went to the New Taipei District Prosecutors Office on his own on the evening of the 19th to surrender.

Lin Shih-ming, Secretary, New Taipei City Fire Department: “After the recording was broadcasted, it violated privacy concerns and disturbed other fire department colleagues. The regretful colleague said that the recording should've been kept private. He turned himself in because he handed it over to a public person.”

The firefighter said that it was Cho Kuan-ting, a candidate for New Taipei City councilor and a high school classmate that contacted him for inquiries at the end of April. In response, Cho posted on Facebook angrily scolding the New Taipei Government for going after whistleblowers. He emphasized that he did not provide audio files to the media.

Hou Yu-ih, New Taipei Mayor: “Publishing the audio files has caused trouble and harm to our front-line colleagues. This behavior is not acceptable.”

Mr. Lin, Enen's Father: “I just ask you to hurry up and provide me with these key recordings. Make a detailed list and tell me what's there before providing me with the audio files. I don't want to hear any more that you're here to help, but I don't get any help at all.”

Hou responded that he will provide relevant information to Enen's father in accordance with regulations. Everything that can be provided has been provided. 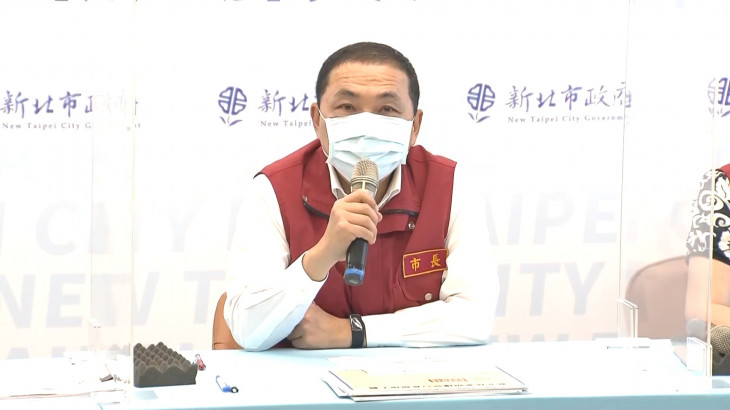