A Taoyuan resident parked her vehicle next to a white curb. After returning, she discovered the white curb marking had become red, and there was an parking ticket on the car. The city offered an explanation.

Two pieces of the white line can be seen under the red. A Taoyuan resident recently posted a rant on Facebook along with photos of her parked vehicle. She complained that the curb marking was white when she parked the car, but had turned red by the time she was ready to drive away. She also received a ticket for illegal parking. She accused the city government of grubbing money.

Ms. Chen, Resident: “When I went to drive away, I found to my surprise that the entire curb marking had turned red. There were also traffic cones and the lines under our tires were white. Are they allowed to draw red lines like this?”

Resident: “The road became narrower, so I think it's reasonable (to draw red lines). You'll obstruct traffic if you park slightly out a little. However, if I got a ticket, I would be upset and I would complain. ”

The city's Department of Water Resources explained that a sewer construction project was taking place along that stretch of road, and it applied to temporarily change curb markings to red to ensure traffic safety around the construction zone. The white markings will be restored once the work is completed. It asked residents to be understanding.

Yeh Chia-chi, Section Director, Dept. of Water Resources, Taoyuan City: “The number of traffic lanes will be reduced while the construction work is taking place, so we marked red lines next to the workers to prevent vehicles from parking temporarily and improve road safety.”

Li Shun-cheng, Deputy Captain, Xingguo Police Station: “The police station received a complaint from a member of the public via 110, and the police took photos in accordance with Road Traffic Management and Penalty Act and wrote up a traffic violation ticket. The police officers found that there were doubtful points, so they switched to persuasion and did not issue the traffic ticket.”

The police said after it received a call about the parking violation, it found that there were doubtful points about the markings and it only issued a parking ticket and not a traffic ticket. 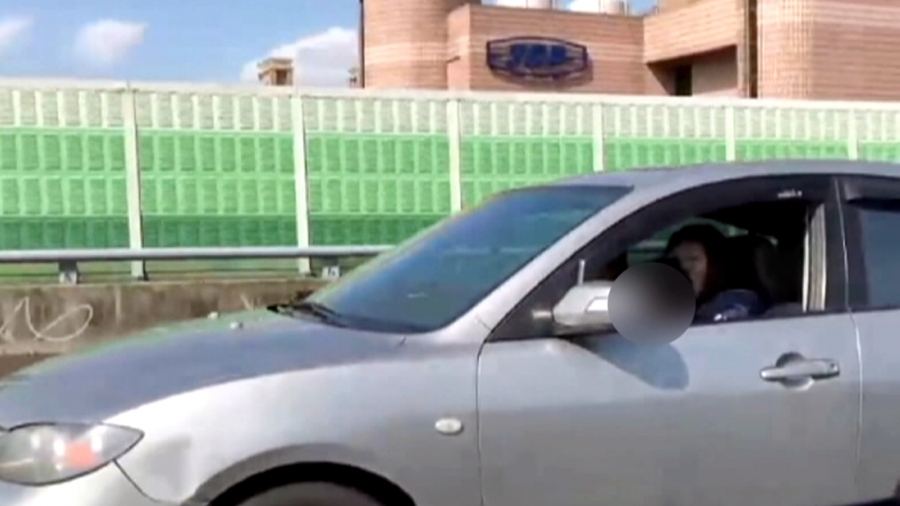