A fire was reported at Carrefour's logistics center in Taoyuan on March 14. Firefighters got the fire under control around 9 a.m. and no one was hurt.

Carrefour's logistics center on Taoyuan's Meishi Road caught on fire early on the morning of the 14th. Fortunately, firefighters were able to put out the fire and no one was trapped or injured.

Liu Kuo-jung, Deputy Chief, Second Corps, Fire Department, Taoyuan City: “The area was very large in size, around 15,000 square meters. After we got the call, we sent several water trucks. We got the fire under control around 9 a.m. ”

When firefighters arrived on the scene, the two-story building was on fire. Experts believe the fire started on the first floor, but don't know how it started yet. Losses have not yet been estimated. This was the third plant fire in Taoyuan in less than a week. Taoyuan City Mayor Cheng Wen-tsan says the city will inspect all logistics and warehousing operations.

Cheng Wen-tsan, Taoyuan City Mayor: “We will be inspecting fire prevention design and evacuation preparations. I will be asking fire stations around the city to inspect warehouses.”

A fire broke out at Everlight Chemical's plant in Guanyin on March 10, followed by a fire at a Mayfull warehouse in Luzhu. The latter is still on fire on the fourth day. Cheng visited the site and said there need to be better prevention measures in place at warehouses due to their size and stored items and he will assign a task force to oversee inspections and fire drills. 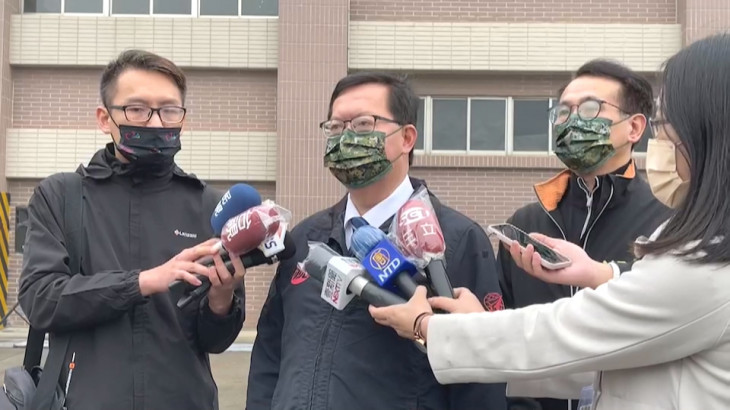