Taipower's chair and president have resigned as a result of the power outage. Premier Su Tseng-chang apologized to the country, without responding to questions about whether he believed Economic Affairs Minister Wang Mei-hua should step down.

There was a large power outage throughout Taiwan on March 3, affecting more than 5.49 million households. Premier Su Tseng-chang apologized to the country before going to the Legislative Yuan for inquiry. Both Taipower's chair and the president have submitted their resignation as a result, and Economic Affairs Minister Wang Mei-hua has asked to be reprimanded. However, some thought it was not enough and asked Wang to resign. Premier Su did not respond directly to this.

Su Tseng-chang, Premier: “The entire nation was greatly affected. I would like to deeply apologize to the people who are inconvenienced by this. I also specifically requested the Ministry of Economic Affairs to review Taipower and submit a written report in full detail. The most severe punishment will be handed out after the investigation.”

Wang Mei-hua, Minister of Economic Affairs: “The Premier asked us to provide a written report within three days on the accident's cause and how we will improve. The question of punishments will be dealt with after three days.”

Wang did not respond much regarding her own punishment. In addition, this is the fifth power outage since the Tsai government took office, arousing strong dissatisfaction among opposition parties. Wang once said that there would be no power supply problems this year and would be willing to bet fried chicken fillets on it. KMT legislators occupied the podium to prevent Premier Su's report. They offered "Mei-hua brand" fried chicken fillets to Wang to eat.

Tseng Ming-chung, KMT Legislative Caucus Whip: “The frequency of power failures is becoming more and more, and the areas affected are growing in size. Therefore, the KMT is demanding Minister Wang to take responsibility by resigning.”

The KMT launched an attack inside the main chamber, while the TPP held placards to protest outside the venue. Not only did they demand Wang resign, but they also want the government to set up a compensation mechanism with a single service window. They also demanded Su, Wang, and Taipower report on the country's energy policy on the 8th.

Chiu Chen-yuan, TPP Legislative Caucus Whip: “The government is negligent in its managerial incompetence. I don't care if you want to blame it on human negligence, or talk about the power supply's stability or vulnerable parts of the grid. This is the result of your ruling party's incompetence.”

The Tsai administration's energy policy was questioned due to the power outage. Opposition parties not only called for Wang to step down, but also proposed a cabinet reshuffle. 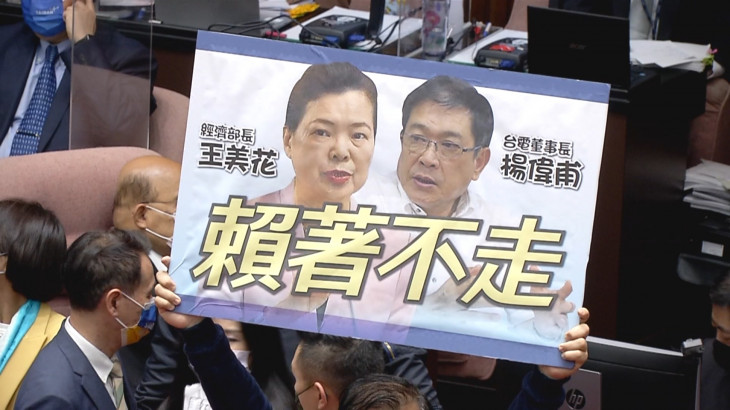 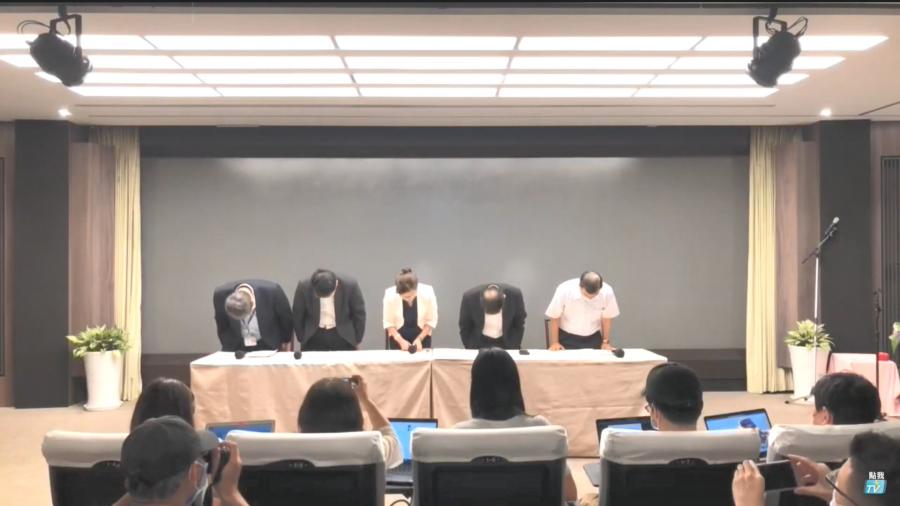