On the 25th, Miaoli police came upon a man withdrawing a large sum of money at an ATM late at night, only to find he was actually violating quarantine regulations. The man faces a maximum fine of NT$1 million.

After the man is done withdrawing cash from the ATM, he leaves the post office in a rush. Seeing the frantic look on his face and the large amount of cash he withdrew, police approach him. It turns out the man recently returned to Taiwan from China and is supposed to be quarantining at home.

Police Officer: “Where did you come back from?”

Police Officer: “I told you I didn't have a choice. I really didn't. I'm telling you. When we enter, it's all documented.”

The 30-something Mr. Chen completed his 10-day stay at a quarantine hotel after getting back to Taiwan. This was supposed to be followed by four days of home quarantine. He snuck out of his house late on the evening of the 25th to get cash, thinking he could get away with it. Unfortunately for Chen, he ran into police and now faces a heavy fine.

Chang Chung, Deputy Chief, Chunan Precinct: “In accordance with regulations, the police officer reported the man to the health authorities and then made sure he went home. We ask people that are supposed to be in quarantine to follow disease prevention regulations.”

The police followed Chen all the way home to make sure he went home, keeping close enough to him to catch him if he tried to run but also maintaining a distance from him to avoid infection concerns. Violating home quarantine is punishable by fines of NT$100,000 to NT$1 million. 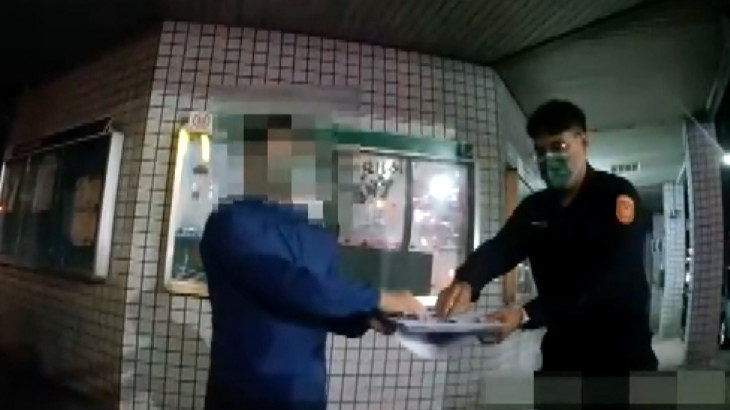