The CECC has announced that starting on the 11th, all passengers disembarking from long-haul flights will have to undergo a PCR test and remain at the airport until their results come back.

On the 10th, Central Epidemic Command Center chief Chen Shih-chung inspected the new immigration flow route at Taoyuan International Airport from jet bridge to testing lounge. Staggered seating is required in the testing lounge and travelers will be asked to wait their turn until they are called. Starting on the 11th, all passengers disembarking from long-haul flights will have to undergo a PCR test and remain at the airport until their results come back. Those that test positive will be removed from the airport via a designated route and taken to a hospital by ambulance. Chen says this will protect the airport, cleaning staff, quarantine taxi drivers and quarantine hotels.

Chen Shih-chung, Central Epidemic Command Center Chief: “The first line is testing people before they enter Taiwan. This means we will be able to block some patients -- of course not all, but some -- before they enter (Taiwan) and before they have contact with citizens. They will be taken directly (to the hospital) by ambulance.”

Due to the airport outbreak, 8,924 people have undergone PCR testing in the last two days with three new cases found. Two of the three, both cleaners, were included in the new cases announced on the 9th. Contact tracing is being performed for the third.

Victor Wang, Taoyuan Airport CECC On-site Commander: “Two were reported yesterday. There was another case yesterday that is still being traced. So, right now there are three cases in 8,924.”

Wang Kwo-tsai, Transportation and Communications Minister: “(Has another Taiwanese pilot tested positive?) It kind of maybe looks that way right now. There has probably been this kind of (positive) result recently.”

Transportation and Communications Minister Wang Kwo-tsai admits there have been "this kind of" cases of Taiwanese pilots testing positive in recent days, including one EVA Air pilot who flies Taiwan-U.S. routes who reportedly tested positive while in home quarantine. 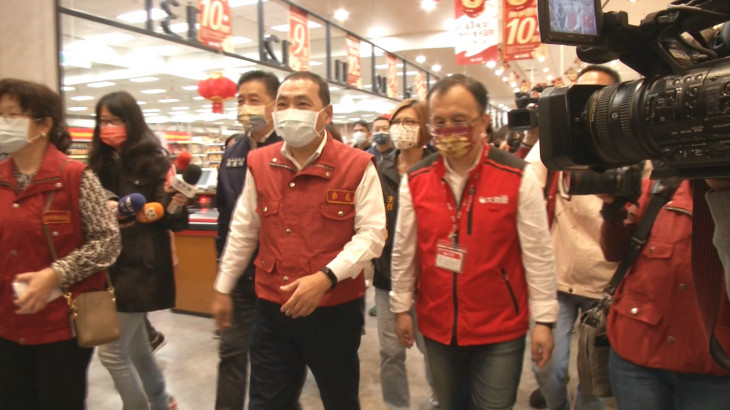