A modified gun was found in a locker at the high speed rail's Zuoying Station! The suspected owner of the gun has been arrested in Hualien, while his motive of hiding the gun is still under investigation.

Standing in front of the locker at the high-speed rail's Zuoying Station, the man who rented locker number 70 put his bag in. No one knew at the time the bag contained a pistol. The incident happened on the evening of October 21. The locker manufacturer staff performed routine cleaning on the 25th and found the items were not retrieved for more than 3 days. They opened the locker according to the regulations to clean out the locker but a corner of the bag was opened and revealed a firearm. The staff quickly reported it to the police.

Locker Manufacturer Staff: “It was in the bag. We were going to move the bag but found what looked like a gun inside. But we didn't know if it's a toy or a real gun. So we asked security to directly report it to the police. ”

The high speed rail said that it only leases out the venue and does not manage the lockers. The locker manufacturer responded that the company sent people to clean and inspect them every week. Items that have not been retrieved for more than three days will be removed and stored after being photographed. On the night when the incident was reported to the police, customer service received a call from a man asking whether the contents in the locker were still there.

Citizen: “Maybe guns, drugs, everything is possible, right? Yeah, you don't know what they are hiding. It would be good if someone is watching or patrolling regularly. ”

The police caught the suspect surnamed Chen in Hualien. He confessed that the pistol was bought for self-defense 15 years ago and denied that he intended to sell the gun or threaten travelers. Some passengers are worried that a gun was placed in a locker at the high speed rail's Zuoying Station, where people come and go. They recommend that the police step up patrols and can also compulsorily inspect locker contents. 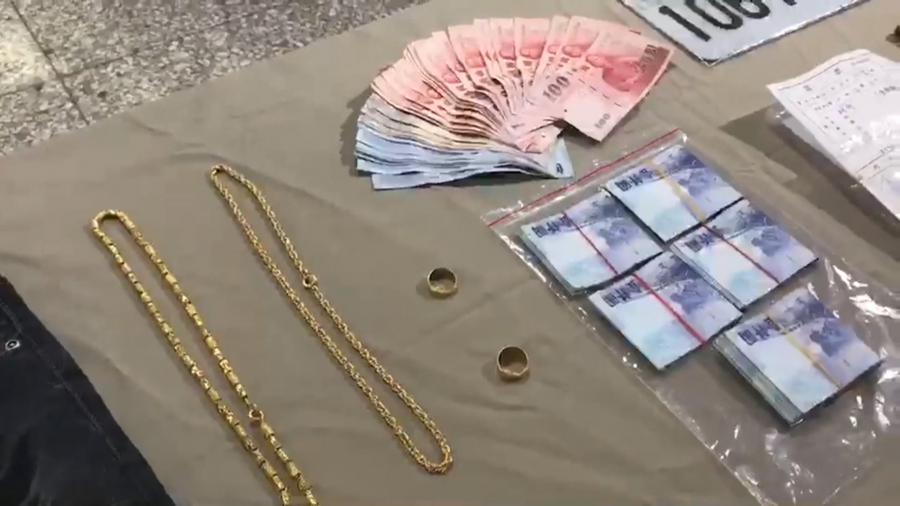