A dramatic car accident happened at a viaduct on National Highway 1. A truck head was seen hung in the air, with the driver stuck inside after the large truck crashed into the guardrail.

A dramatic car accident happened at a viaduct on National Highway 1. A truck head was seen hung in the air after the large truck crashed into the guardrail. It then got stuck on the edge of the lane, with the driver stuck inside.

After receiving the report, firefighters dispatched a ladder truck and immediately started the rescue. The driver was still conscious when rescued, but suffered multiple injuries on his face and body. His eyes closed tightly and were in tremendous pain.

Chang Hung-chieh, Highway 3 Traffic Team Leader, National Highway Police："There is a large truck carrying feed on the ramp that hit the outer guardrail. That caused the car's front to be stuck outside the guardrail, which is still connected to the body."

The accident occurred at 6am on the 8th. A large truck loaded with feed lost control on the north exit of No. 1 National Highway's Changhua System Interchange. The car's front hung over the edge of the highway, which was quite dangerous. Fortunately, the driver suffered only minor injuries. His vital signs were stable after being sent to the hospital.

After the police arrived at the scene, they closed the southbound three lanes and the northbound's inner lane on Highway 1 to carry out the recovery but these lane closures caused traffic to be blocked for about 2 to 3 kilometers. The cause and details of the accident still await police investigation. 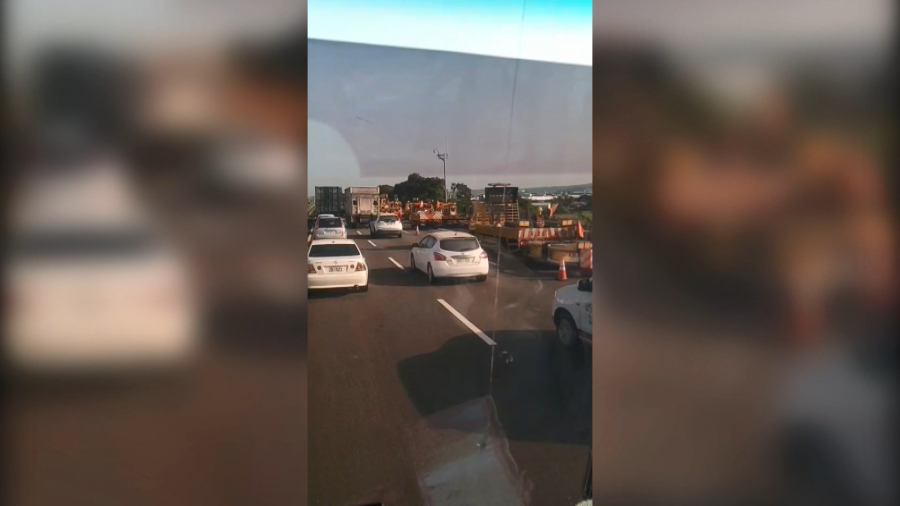 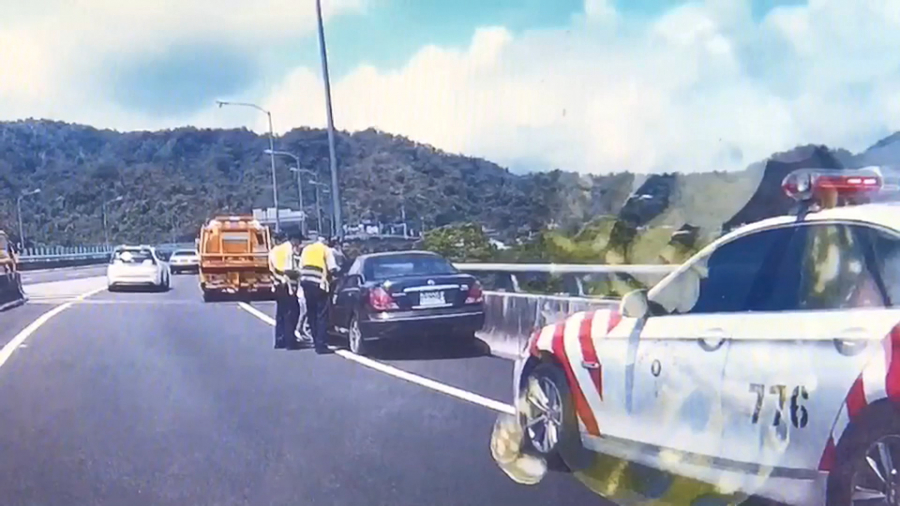