We start today with the latest of the New Taipei City river accident, where 6 people got swept away by river currents while going on a nature outing on Sat. Four have been confirmed dead while two others are still missing. Search and rescue continues with New Taipei City Mayor Hou Yu-ih urging the rescue team not to give up hope.

New Taipei City Mayor Hou Yu-ih arrived early at the command center to keep an eye on the progress of rescue. He encouraged the rescue workers to keep their hopes up in looking for survivors within the first 72 hours while the weather allows. A total of 31 people went on a nature outing to the Hubao Pond historic trail on Sat., Oct 16, and 6 got swept away by strong river currents as they were crossing an upstream tributary of Beishi River when it started raining heavily.

Hou Yu-ih, New Taipei City Mayor："Search and rescue were easier today, so we sent out more forces while the weather allowed. We were able to divide up responsibilities in rescue more specifically and expand our areas of search."

Hou also went to Liuhe bridge and other locations where survivors have been found to oversee the rescue efforts. Non-stop search and rescue has been going on since Sat. evening on the 16th. The rescue team used drones and other equipment to help analyze river currents and changes. No one is giving up any hope.

Hsiao Po-huan, Disaster Rescue Div. Chief, Fire Dept., New Taipei City："Please stay away from the waters whenever it is rainy because you can't tell how much water is building up at the upper stream and when it will all gush down, causing a flash flood."

The police and fire department further emphasized the danger of water recreational activities during rainy weather. Four people have been confirmed dead as of evening on the 17th. After police interrogation, the woman surnamed Su, who led the nature outing and was one of the investors of the nature outing company got charged with negligent homicide. She needs to pay a bail of NT$200,000 and is currently not allowed to leave her house without an order from the police.

Chen Ying-chen, Head Prosecutor, Keelung District Prosecutors Office："Su is suspected of being guilty but the prosecutor decided that she does not need to be detained at the moment. She does need to pay a NT$200,000 bail and is ordered to remain at her house. The other two investors of the nature outing company have made their police statements at Ruifang Precinct. They will be summoned to New Taipei District Prosecutors Office for interrogation if necessary."

The other two investors of the nature outing company have given their police statements and will be summoned to the New Taipei District Prosecutors Office on another date for further interrogation on the arrangement and detail of the Hubao Pond nature outing. 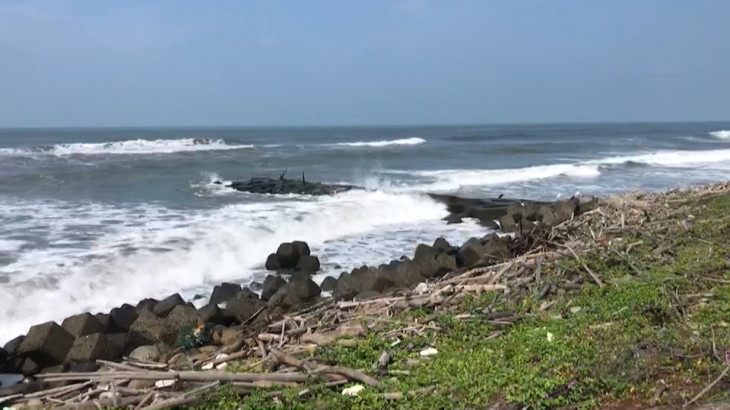