A self-proclaimed engineer in Taipei is under investigation for eavesdropping on Taipei City Fire Department's emergency communications and live-streaming them online. The suspect claimed he was listening in order to monitor the epidemic situation.

Police officers and firefighters take up positions outside a building. A fire truck with a crane arrives and raises the crane. The police and firefighters launch the operation. They're not mounting a rescue, but arresting a person suspected of eavesdropping on Taipei City Fire Department's emergency communications.

Eyewitness:” (The police and firefighters) arrived the other day without communicating anything. After they arrived, they kept shining flashlights upstairs.”

Once the suspect's residence was confirmed, the police headed up to arrest him. The suspect was a self-proclaimed engineer. On Aug. 24, he began eavesdropping on the fire department's emergency communications, proclaiming it was to "facilitate epidemic situation observations." He also live-streamed this on YouTube. He live-streamed for four straight days until the fire department caught wind and alerted the police. They worked together to apprehend him at his residence in Songshan District.

Tsai Ming-tsung, Head, Emergency Dispatch Center, Taipei City Fire Dept.:” We used footage from this person's live-streamed YouTube videos to determine the administrative region. We sent out a fire truck with a crane to quickly verify the floor number.”

Personal information, including the conditions of injured persons and addresses, were exposed as a result of this incident. The suspect claimed he was unaware he was breaking the law. He has already taken down his webpage. Nevertheless, the fire department has decided to sue him and the police will transfer this case to prosecutors for violations of the Telecommunications. 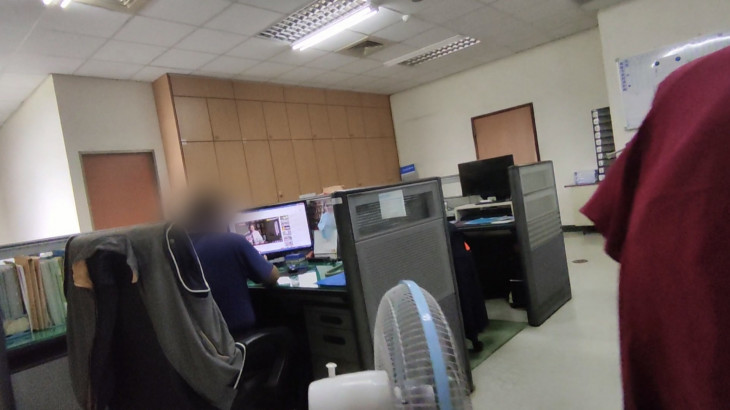