County and city governments are making effort to boost the vaccination rate. Chunghua is using its residents' birthdates to control the flow of people while Nantou County is doing everything it to improve its low vaccination rate.

AstraZeneca (AZ) vaccination has begun on the 16th in Changhua and will go on for the next 6 days. People packed into the vaccination station early in the morning, waiting to get vaccinated according to their own unique set of numbers which is their birthdate.

Changhua resident2:”This is great. (Why is that?) This is just right, without having too many people in here all at once. (How was it before?) It was packed, too dangerous.”

About 1000 people can get vaccinated per day at the largest vaccination station in Changhua, with an average of about 200 people per hour. To prevent having too many people gather at the station all at once, authorities decided to have people coming in at different times according to their birth month. For example, those who were born January through March were notified to arrive at the station ten to twenty past the hour. Those who were born April through June were notified to arrive twenty to half past the hour, so on and so forth.

Shang Hsiao-ching,Deputy Director, Public Health Bureau, Changhua County:”This was done to disperse the crowd at the vaccination station; to lower people's anxiety about coming in contact with large crowds. We do ask the public to please abide by our method.”

Changhua resident3:”Spacing people out is a good idea so people won't be up against each other at the station. That is better protection.”

On the contrary, authorities in Nantou are worried about not having enough people showing up for vaccination. There are 37,755 COVID-19 vaccine doses left as of July 16, and that is 40.7 percent of doses received for injections. Currently, Nantou has the highest vaccine leftover rate in the country. The county government has sent out 39,163 notification slips to its residents to encourage more to come out and receive their shots.

Hung Jui-chih, Secretary-general, Nantou County Government:”You don't have to line up and you won't have to be out in the sun or rain. You won't have to worry about crowding either since we will be stretching our time out for vaccination.”

Nantou resident4:”I have been a bit apprehensive, I hear things from other people.(So were you afraid of getting vaccinated.) Vaccines are now available here, so I got one anyhow.”

The Nantou County Government said the low vaccination rate it has been experiencing could be due to the aging and less tech-savvy population. Local authorities now, however, are confident that they can administer the rest of the vaccines by the 22nd. 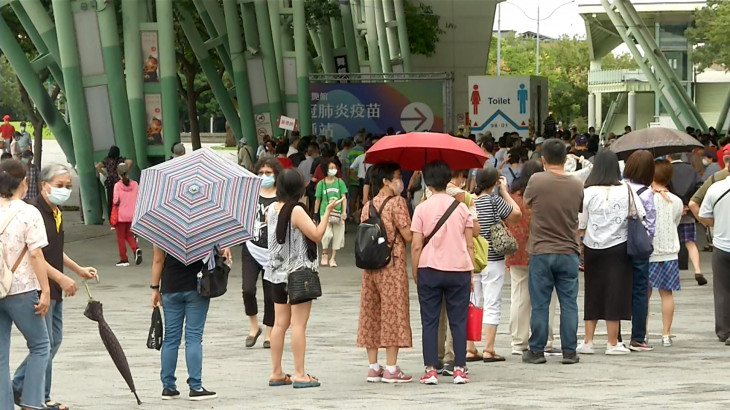