It's been reported that China has been angered by President Tsai's inaugural speech, in which she did not use the term "1992 Consensus." In response, Mainland Affairs Minister Chen Ming-tong said "history has already turned the page" and urged China to catch up. He also promised that Tsai is determined to resolve the cross-strait issue in her second term just like in her first term.


President Tsai Ing-wen did not say the words "1992 Consensus" in her inaugural speech on May 20. China was dissatisfied, and responded with the one China principle. This caused Mainland Affairs Minister Chen Ming-tong to retort that "history has already turned the page." When asked about China's insistence on the 1992 Consensus, he responded that Taiwan will wait until they catch up.
I already said yesterday that history has already turned the page with regards to the 1992 Consensus. There's no need to say anything else. (China doesn't appear to have turned the page yet.) Then we'll have to wait for them to catch up.

The government is preparing to amend the constitution. Former National Security Council Secretary-General Su Chi warned that this will raise the two-country doctrine to a climax. Chen did not share this viewpoint.

I have no comment on him. (Are there worries that the committee amending the constitution will provoke cross-strait tensions?) I urge him not to live in the past.
Chen attended an interpellation with the legislature's Internal Administration Committee, where he delivered a report on new prospects for cross-strait relations. He followed the line set by the Tsai administration, and also said it appears cross-strait relations cannot go back to how they were over the next four years. China is using both the carrot and stick against Taiwan. A Democratic Progressive Party legislator said Chen should respond accordingly.

Can you accept this? No. No? Let me say one thing to committee members, Taiwan should not give in to Chinese pressure no matter how small it is.

The 1992 Consensus, the consensus, is it the one China principle, each side free to interpret it as they wish, as of today they're still fighting over this and no consensus has been reached, so the basis of cross-strait relations can't be placed on something that each side is free to interpret. Why is something with legal binding not valued?

Chen said Tsai is determined to resolve the cross-strait issue in her second term just like in her first term. She will comply with the constitution and the Act Governing Relations between the People of the Taiwan Area and the Mainland Area, which he claimed is the best foundation for exchanges. 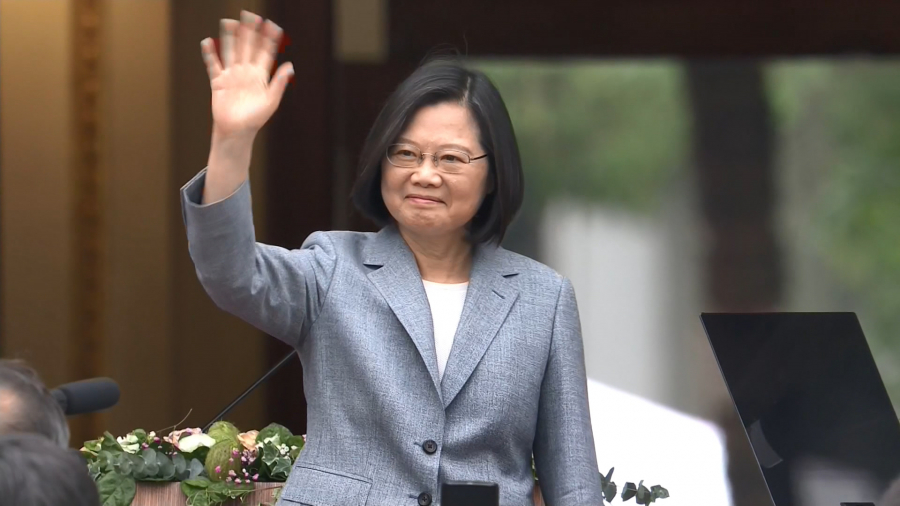