Su Will Remain as Premier in Second Term: Tsai|蔡總統宣布蘇貞昌續任閣揆 讚"護國院長"

Less than two weeks before President Tsai Ing-wen starts her second term, announcements have been made that Su Tseng-chang will remain as premier with some minor cabinet revamp coming soon. President Tsai praised Su is the nation's protector. She said she would give him five major missions, including stimulating the economy and deepening reforms. Su said he would do his best.


On the 8th, President Tsai Ing-wen announced Su Tseng-chang would remain premier in her second term.
Premier Su has such a high satisfaction rating, which shows that all the people approve of him and his courage and his ability. I believe in my second term over the next four years, he will be a good partner to me and the best administrator.

Tsai praised Su's leadership through the African swine fever and COVID-19 pandemics and said he is her greatest support. She also said she has tasked him with five missions: getting through the pandemic, stimulating the economy, taking care of the people, deepening reforms, and balancing infrastructure. Su said he would do his best.

For her to reappoint me as premier -- this is an important mission and I deeply feel there is a long way to go. For President Tsai to give me this important mission in this way, I only have one thing to say. I will do my best.

Only minor adjustments to the Cabinet are expected due to factors including the global pandemic, Tsai taking over as chair of the Democratic Progressive Party, and the recall motion against Kaohsiung City Mayor Han Kuo-yu. According to reports, Economic Affairs Minister Shen Jong-chin and Finance Minister Su Jain-rong are most likely to keep their posts while the futures of Transportation and Communications Minister Lin Chia-lung and Interior Minister Hsu Kuo-yung are uncertain.

All Cabinet personnel decisions will be made with the president in accordance with the authority granted under the constitution. I respect the president's announcement. The higher-ups will make their decisions. I will not comment on that.

Taoyuan City Mayor Cheng Wen-tsan, who is expected to receive a Cabinet appointment, is praising Su and the Cabinet and says he believes their support will bring about the completion of Taoyuan Aerotropolis and Asia Silicon Valley. 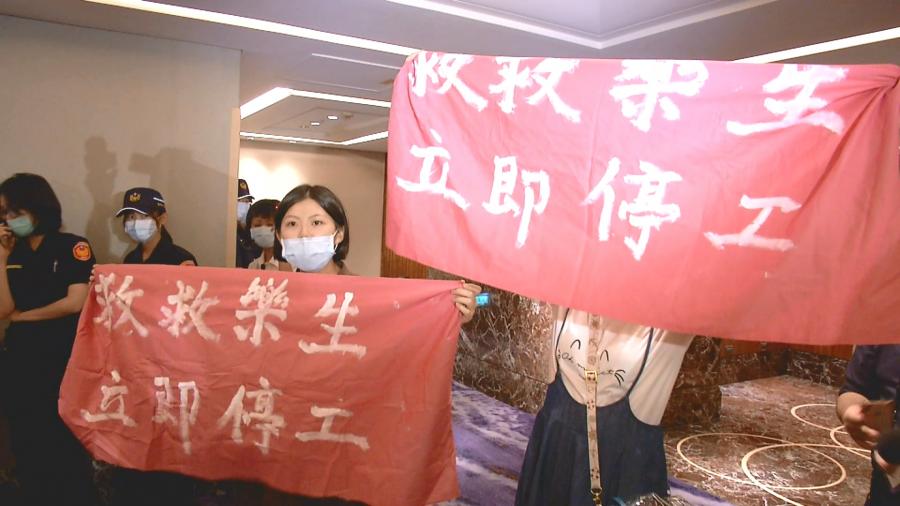