Students accepted into high schools through exam-free admission and special recruitment exams began registering on July 12. A number of public "star" high schools in Taipei City had a registration rate of over 95 percent. As this year's first-year high school students are the first class under the 12-year compulsory education system, school authorities gave students and parents an explanation of changes to course selection and school programs.


The Affiliated Senior High School of National Taiwan Normal University's guitar club welcomes incoming students with a performance. Other clubs hand out flyers and try to attract new members. One incoming student says this high school was her first choice because of its openness and diversity.

My score was just high enough to get me in, so I chose this school.

A few points can make the difference between a student getting into his top or second choice school. Although the government encourages students to attend schools close to home, ease of transportation between Taipei, New Taipei and Keelung mean many New Taipei students chose to attend school in Taipei or Keelung.

(Test scores to get into) those community high schools might be a little lower, so because of that, Affiliated Senior High School of National Taiwan Normal University was always his first choice.

The incoming class will be the first to complete the 12-year compulsory education program and schools have been preparing to answer students' and parents' questions on relevant changes.

…academic records and other things like that, and also most importantly the flexibility of autonomous programs because of the free time. So, we provide students with many different programs to choose from.

One school official says the delay in implementation of the curriculum guideline will not affect first-year textbooks and students will receive their textbooks by the end of August. However, the official also says autonomy studies, a focal point of the guideline, could have a major impact on traditional educational values. Under the guideline, students can autonomously choose programs that interest them or none at all if they prefer. 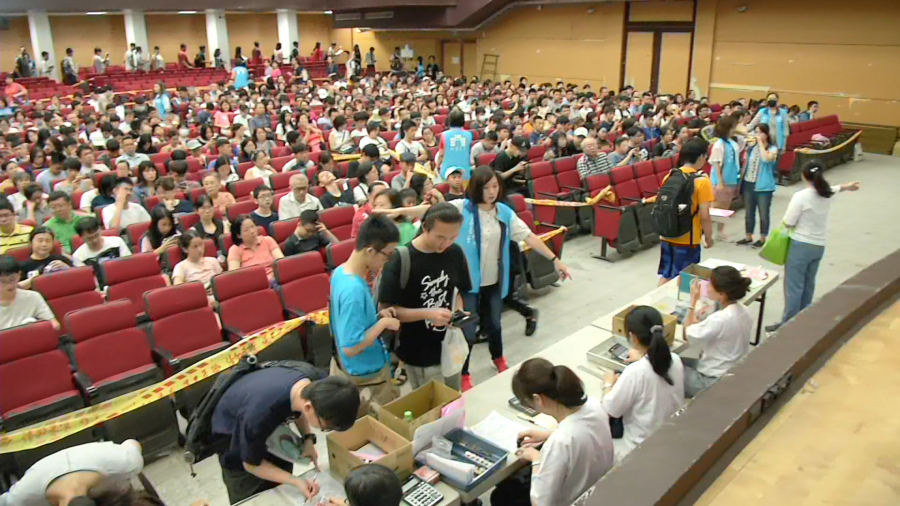