Taipei City Mayor Ko Wen-je and his delegation headed to Shanghai on July 3 to attend the Taipei-Shanghai Twin City Forum. Right before he departed from the Taoyuan International Airport, Ko said that currently there isn't a formal channel for cross-strait communications and that's why this forum is especially important and he also stressed that we must do something to break the standoff.


Taipei City Mayor Ko Wen-je is seen holding a newspaper, with a serious look on his face. Before stepping on the plane to head to Shanghai for the Shanghai-Taipei Twin City Forum, Ko said during an interview that he very much dislikes the intentional politicizing of news stories. He said he mentioned earlier on Tuesday that meeting with Taiwan Affairs Office director Liu Jieyi won't do much good, but his statement was later repackaged as "the meeting won't do any harm".

They intentionally changed the term from "good" to "harm", this kind of fake news has gone way too far, and I strongly condemn this action. The Liberty Times has been fabricating news in this fashion for a long time, and I've had enough. We're not just against CPP news, we're against DPP news as well.

When Ko talked about the upcoming forum, he stuck to the script, said that his goal this time is to promote exchanges between two cities and to express care for the Taiwanese in China. He said that there isn't a formal channel for cross-strait communication, which is why the twin-city forum is a very important platform.

All channels (of communication) have been cut off between the two sides. This isn't beneficial for the people on both sides and we have to do something to break the standoff.
Some members of the pro-independence groups protested against Ko at the airport, and they were later on escorted away by police officers. 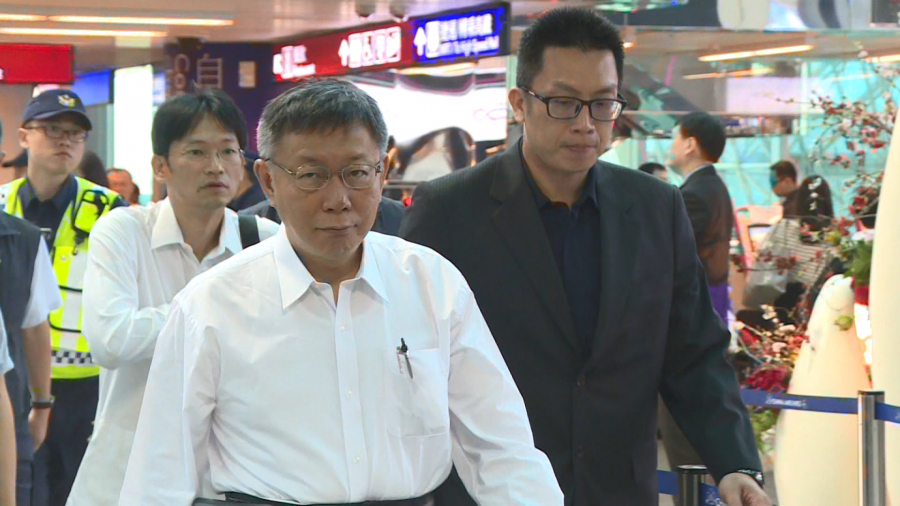