To voice their objections to the pan-green camp's revisions to the Referendum Act, pan-blue legislators scheduled a meeting with Central Election Commission Chair Lee Chin-yung. Lee was a no-show and the group was instead received by Lee's deputy Chen Chao-chien. The angry lawmakers said Lee promised to meet them and gave the excuse of having a sore throat. The group then gathered outside Lee's office and called for his resignation.


Led by Kuomintang caucus leader Tseng Ming-chung, lawmakers call for the resignation of Central Election Commission Chair Lee Chin-yung. Prior to the passage of revisions to the Referendum Act, Lee said general elections and public referendums should not be held together. The KMT caucus then scheduled a meeting with Lee at the commission. However, Lee pulled a no-show and sent his deputy, Chen Chao-chien, to meet with the group.

He promised an official meeting with us. When we got here, he had locked himself in his office. He was hiding in his office all scared. What kind of commission chair is this?
No Central Election Commission Chair has ever publicly called for the separation of general elections and public referendums right after entering office. This is the direct result of the Democratic Progressive Party's massive loss in last year's nine-in-one elections.

The group protested Lee's no-show by gathering outside his office and calling for his resignation. They were eventually removed from the building by police and commission staff. The commission says Lee was out of the office and there was nothing wrong with sending his deputy to meet with the group.

(Lee) was out of the office, so I received (the group) today. This is in compliance with how government agencies operate.

Pan-blue lawmakers say Lee can't hide from them forever and they will block the revisions during the extraordinary session. In response, the commission said it respects legislative procedures and the amendment process. 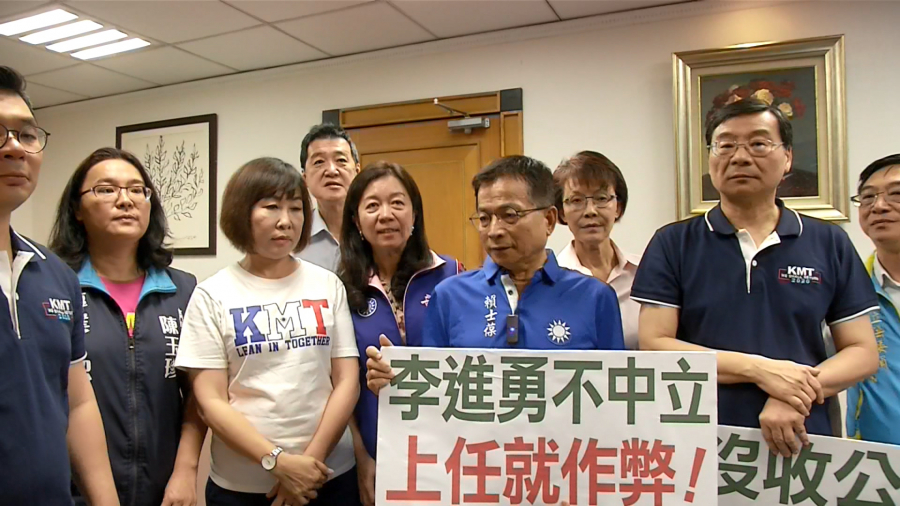