A 28-year-old woman in Kaohsiung was attacked by four sweat bees sized 0.3 centimeters while tomb-sweeping with family. The bees were in her eyes for two hours and caused serious swelling and corneal ulceration. Her eyesight was reduced to 0.1 and was almost blind.


Left eye red and swollen, with yellow discharge coming out of her eyes, 28 year-old Ms. Ho can hardly open her eyes. She went tomb sweeping with her family in Kaohsiung Daliao mountain area last Saturday. A breeze blew by and she thought it was sand that got into her eye so she used clean water to wash it out. However 2 hours after she got home, her eyes were swollen, hot and itchy. She immediately seek medical help, but her cornea was already ulcerated.

I just felt there were something in my eyes. I thought it was a broken contact lenses or it has moved out of place.
The optometrist originally thought it was a broken contact lense, but after opening the eyelid, he found 4 struggling bees that were only 0.3 cm. After confirming with doctors and entomologists, these are sweat bees which live at an altitude of under 1,000 meters and like to suck human's sweats. The bees have mistaken tears for sweats and attacked the eyes.

The bee's feet crawls over her cornea has caused ulceration. She's lucky that she is young and in her twenties. If it were a sixty or seventy year old man or woman, and has diabetes, sometimes the skin won't grow back after two to three weeks.

The doctor said luckily the sweat bees hadn't been crushed, otherwise the toxins in their body will spread to the eyes and lead to unspeakable consequences. Also a reminder to the public do not rub your eyes if foreign substance does enter. It is better to wear glasses or sunglasses to prevent UV lights and foreign substances or insects from entering. 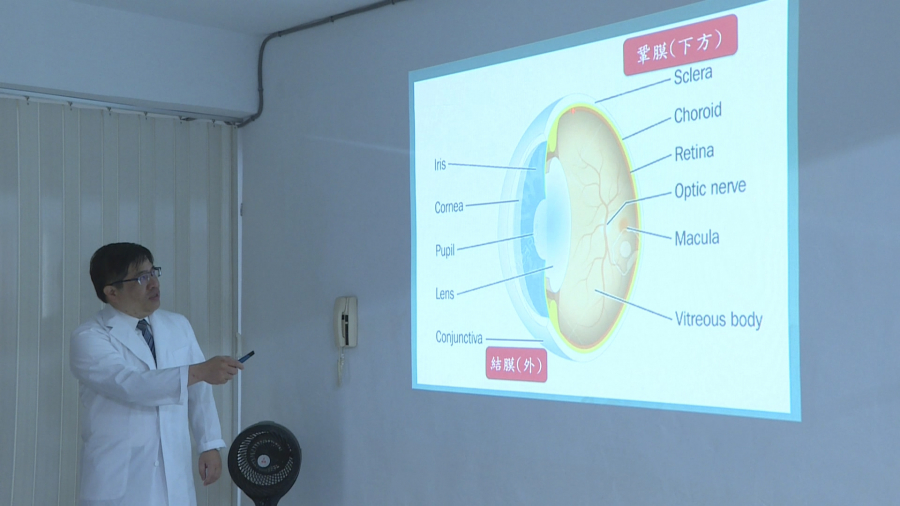